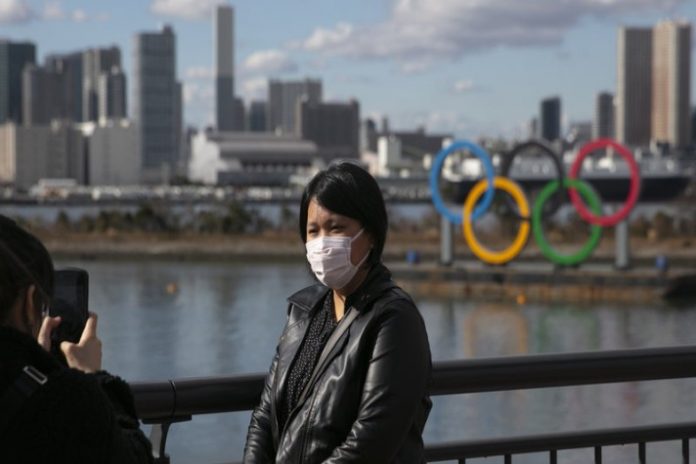 The International Olympic Council and Japanese Prime Minister Shinzo Abe have finally accepted that postponement of the Tokyo 2020 Games can be one option to deal with the mounting threat of the COVID-19 pandemic.

However, both the host nation and the global governing body for Olympic moment are not for cancelling the Games altogether.

Following the IOC statement that the other options for the Tokyo 2020 are being studied, Japanese Prime Minister Shinzo Abe today (Monday) said that postponing the Tokyo Olympic Games may become an option if holding the event in “complete form” becomes impossible.

The International Olympic Committee (IOC) after an emergency meeting on Sunday had stated that it is stepping up its “scenario planning” for the Tokyo 2020 Games – including a possible postponement – as the coronavirus pandemic spreads.

In a late development on Sunday, the  IOC has given itself four weeks’ time to take a final call on the Tokyo 2020 Games. Postponing the Games to 2021 is a strong possibility, but the IOC president Thomas Bach has categorically ruled out cancellation.

A day after Bach reiterated his stand in an interview with a German radio station on Saturday that it would not be easy to cancel or postpone the Games, the IOC has issued a statement on Sunday to confirm that it would look at “modifying existing operational plans for the Games to go ahead on 24 July 2020, and also for changes to the start date of the Games”.

“On the one hand, there are significant improvements in Japan where the people are warmly welcoming the Olympic flame. This could strengthen the IOC’s confidence in the Japanese hosts that the IOC could, with certain safety restrictions, organise the Olympic Games in the country whilst respecting its principle of safeguarding the health of everyone involved,” the statement reads.

“On the other hand, there is a dramatic increase in cases and new outbreaks of Covid-19 in different countries on different continents. This led the executive board to the conclusion that the IOC needs to take the next step in its scenario planning.”

Bach, also on Sunday, in an open letter to all the Olympic athletes has stated that “Cancellation of the Olympic Games would destroy the Olympic dream of 11,000 athletes from all 206 National Olympic Committees, from the IOC Refugee Olympic Team, most likely for the Paralympic athletes, and for all the people who are supporting you as coaches, doctors, officials, training partners, friends and family. Cancellation would not solve any problem and would help nobody. Therefore it is not on our agenda.

“A decision about a postponement today could not determine a new date for the Olympic Games because of the uncertain developments in both directions: an improvement, as we are seeing in a number of countries thanks to the severe measures being taken, or a deteriorating situation in other countries.

“Together with all the stakeholders, we have started detailed discussions today to complete our assessment of the rapid development of the worldwide health situation and its impact on the Olympic Games, including a scenario of postponement. We are working very hard, and we are confident that we will have finalised these discussions within the next four weeks.”

The IOC president’s statement has an obvious reference to the strategy to take a final call on the Games after four weeks from now.

The IOC has also stated that any delay to the Tokyo Olympics would not be straightforward. “A number of critical venues needed for the Games could potentially not be available any more. The situations with millions of nights already booked in hotels is extremely difficult to handle, and the international sports calendar for at least 33 Olympic sports would have to be adapted. These are just a few of many, many more challenges.”

Japanese Sports Minister Nigel Huddleston has welcomed the IOC move for considering postponing the Olympic Games. “The health and safety of athletes, sports fans and officials due to work at the Games is absolutely paramount,” he is reported as saying. “We would welcome the IOC making a definitive decision soon, to bring clarity to all those involved.”

Athletes, sports governing bodies and sports fraternity worldwide is raising clamour for deferring the Tokyo Olympic Games from the scheduled July 24 start date in wake of the mounting threat from Coronavirus, which has taken the world under its grip.