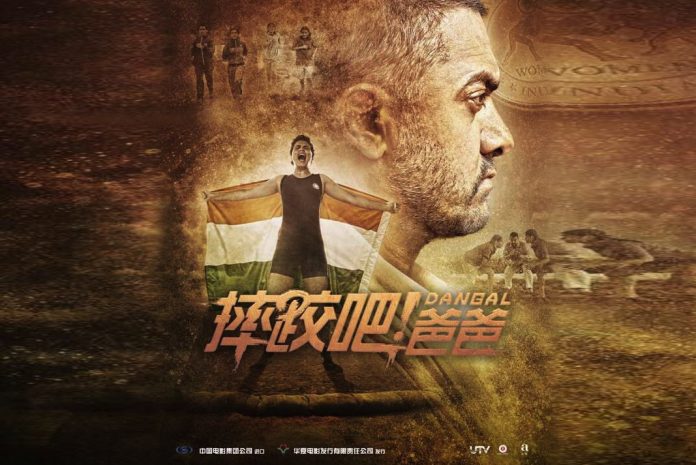 Dangal is the first ever Indian film to cross the $ 200 million (Rs 1,300 crore) mark in International market. With Rs 1,100 coming from the Aamir Khan starrer’s China release, the movie based on the lives of wrestler Phogat sisters also became the most successful Bollywood film ever. With a gross box office collection of Rs 1,823 crores – and still counting.

Bahubali 2 : The Conclusion is the closest at Rs 1,652. Third placed PK, another Aamir Khan starrer and best Indian grosser before the Dangal and Bahubali success, is way behind at Rs 792 crore.

The China boost for Dangal

Dangal has performed beyond imagination to net over Rs 1,097 crore from the Chinese Box Office till Monday last (June 5) which also puts Dangal among the 20 all-time highest grossing films in China. Another Rs 36.50 crore have come from the Taiwan market, taking the total global earning to Rs 1,869 crore.

The movie was released on December 21, 2016 in the US . On December 23, it opened worldwide (including India) on around 5300 screens. It collected around Rs 511 crore worldwide. But, the best revenues for Dangal have come from its release in China on May 5. Dangal was screened at the 7th Beijing International Film Festival in the non-competing panorama section in April 2017 as Shuaijiao Baba (Let’s Wrestle, Father!) and received a standing ovation. It was the first Indian film to be screened in the festival.

The film, directed by Nitesh Tiwari, is produced by Aamir Khan Productions and UTV Motion Pictures.

Incidentally, the best collection record for an Indian film in China prior to Dangal also belonged to an Aamir Khan film – PK. The movie was the best ever Indian grosser, before Dangal and Bahubali 2 went past the Rs 1,000 crore milestone.