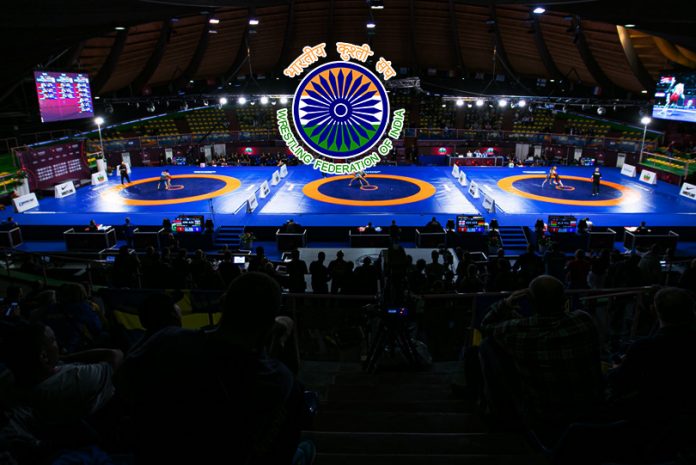 The Wrestling Federation of India is closely monitoring the Coronavirus situation and its impact on the sport worldwide. Though the governing body is “very serious” about its Olympic plans, it won’t compromise the health risks to any of the Indian wrestlers.

The WFI is also awaiting a formal communique from the United World Wrestling on the status of the Asian Olympic Qualifiers. “We have heard about the latest development regarding the Asian Olympic (Wrestling) Qualifiers (deferment). But there is no official communication. The UWW calendar still has the event listed for Bishkek from March 27 to 29. The federation has discussed the matter. A confirmation from the world body is necessary before we make any announcement,” WFI Assistant Secretary Vinod Tomar told WrestlingTV.

The federation had also announced overseas training stint for the Indian Wrestlers ahead of the Bishkek Qualifiers. The other Olympic-bound wrestlers are also scheduled to train abroad. Even as the training dates and schedule are finalised, the federation is “not averse to make amendments in the best interest of the wrestlers and the nation”.

“There is no panic, nor shall we act in haste. But the WFI is monitoring the situation in the countries where our wrestlers will train. We are also monitoring that which wrestlers will be training with our players. Whatever the uncertainties, it is certain that no Indian wrestler will be exposed to any risks. We are prepared to take any call if situation warrants so,” said Tomar.

The WFI had scheduled training stints for Indian wrestlers in Russia, Ukraine, Azerbaijan and Norway.

Vinesh Phogat will be training in Norway.

“As of now all camps are on as planned. But we are monitoring the situation with great concern. As I said, safety and security come first. We are open to take dynamic calls if need arises,” added Tomar.

The Coronavirus it affecting the global sports calendar. Events with a bearing on athletes prospects in the Olympic year are being cancelled or postponed worldwide.

Wrestlers from China, North Korea and Turkmenistan had opted out of the New Delhi Asian Championships last week amidst Coronavirus concerns.