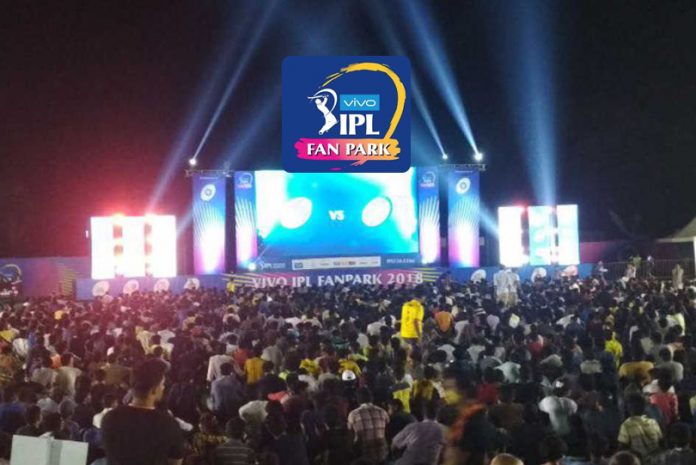 The Board of Control for Cricket in India is trying hard to ensure that the Indian Premier League 2020 goes on as per schedule even if the matches were to be played in front of empty stands. While there still remain some ifs and buts for this desire to be fulfilled, the BCCI has so far also not made its stand clear on fan park.

Considering the strong Government advisory for avoiding all events which invoke mass gatherings, Fan Parks for IPL 2020 now appear a BIG NO. But the BCCI has not had any serious discussion about having or scrapping this Indian Premier League activation. A source in the board has confirmed that the priority now is to get a clarity on the IPL and  adhere to the schedule, if possible.

“Our top priority right now is the IPL. All stakeholders are being taken into confidence. Their concerns are genuine and the board will try and address them in the best possible manner. Everyone will have to make some compromises. Fan Park is a minor issue. If we can’t do that we won’t do that. If spectators are not allowed for matches, we know there is no chance of getting permissions for fan parks. Board is not unduly bothered about that,” said the source. “It takes nothing to call off Fan Parks.”

The BCCI had planned a total of 40 Fan Parks to offer a stadium-like experience in the cities where IPL games don’t take place. Fan Parks were to be organised each weekend during the League Season, including the opening weekend or the first day of the IPL 2020, with five cities each weekend hosting a Fan Park on both Saturday and Sunday.

The BCCI had floated tenders to hire agencies to organise Fan Parks during IPL 2020.

The IPL Fan Parks during the league are being set up to enable all fans to have a stadium like experience through screening of the matches on giant screens at specifically selected Cities. Along with the screening of matches, visitors to the Fan Parks get to experience the IPL stadium atmosphere with the inclusion of MCs, music and DJs, concession and merchandising stalls and activations with participation from Official Sponsors.

Gathering at Fan Parks runs into thousands at several places. Considering the COVID-19 spread, it remains highly unlikely to see the Fan Parks during IPL 2020. It also remains to be seen when a formal announcement is made on stalling Fan Parks, which are organised with the sole purpose of having mass gatherings to increase the IPL fan base.

According the BCCI tender document, each Fan Park is supposed to have capacity to hold at least 10,000 people. The BCCI had marked 50 cities across 25 States and Union Territories.

SL Playing XI vs BAN: Akila Dhananjaya eyes a spot as M Theekshana set to miss out against Bangladesh

BAN Playing XI vs SL: Can Soumya Sarkar return in Playing XI as Bangladesh eye beginning Super 12 with a win?

ENG beat WI in T20 World Cup: West Indies all out for their lowest T20 score by in WC, 2nd lowest overall