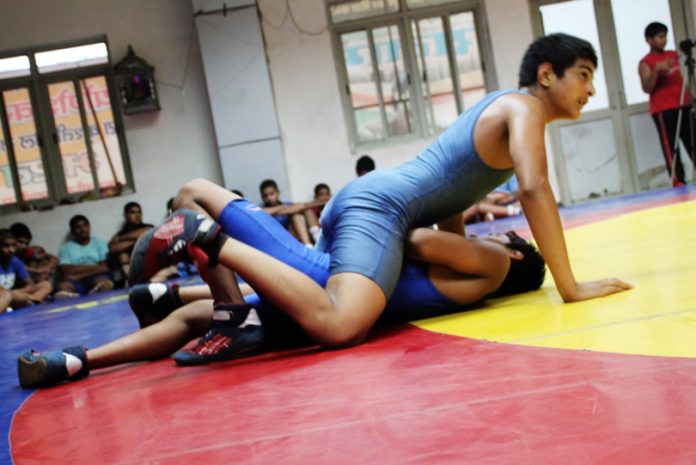 Coronavirus spread has compelled to halt all training and events at the Chhatrasal Stadium till March 31. The decision will impact from young trainees at the Akhara to the Tokyo 2020-bound ace wrestlers.

More sporting events and locations are falling victim to Coronavirus. Following a Government of India advisory on the pandemic, Delhi’s prime wrestling academy Chhatrasal Stadium was shut on Saturday. The stadium will not host any sporting events until March 31 as a precautionary measure to contain the deadly virus.

The Chhatrasal Stadium also closed the functioning of its prestigious ‘Chhatrasal Akhara’. All the wrestlers have been asked to return home. India’s star wrestlers Deepak Punia and Ravi Dahiya were also training at the camp. The Olympics hopefuls will now join the Sports Authority of India wrestling national camp at Sonepat Center.

Meanwhile, in the wake of the pandemic outbreak, the Sports Authority of India also decided to cut short Vinesh Phogat’s Norway training camp. The 25-year-old wrestler was originally scheduled to return to India on March 17 but was called back early on March 13 (Friday).

A decision over the Indian Greco team has not been taken as of now. The six wrestler team is training in Baku, Azerbaijan. Wrestling Federation of India (WFI) said that they are monitoring the situation and they are ready to take dynamic actions if the need arises.

United World Wrestling (UWW) also postponed the Asian, European, African & Oceanian and World Olympic Qualifiers with the rise in Coronavirus cases globally. The world governing body is yet to announce new dates and venue for the qualifiers.

Iran Wrestling Federation, however, has reported that the qualification tournament will be held in May-end and early June.