Concerns rise for IPL, other events after Govt advisory on COVID-19!

The Board of Control for Cricket in India might find it tough to conduct the Indian Premier League matches following the latest advisory by the Ministry of Health and Family Welfare. The threat also looms on the other national sports federations, like the Badminton Association of India.

The BAI will host the BWF India Open Series in New Delhi from March 24 to 29.

In the latest development, the Ministry of Health has advised the States to avoid mass gatherings to prevent further spread of Coronavirus.

The Government of India has already restricted travelers coming from Italy, Iran, Japan or South Korea from entering the country. This has led the International Shooting Sports Federation (ISSF) to postpone the ISSF World Cup in New Delhi.

The Ministry of Health advisory if implemented seriously would post a challenge to the IPL hosts and the BAI for the  upcoming India Open Badminton Series in New Delhi. The possibility of the events taking place in empty stadiums cannot be ruled out. 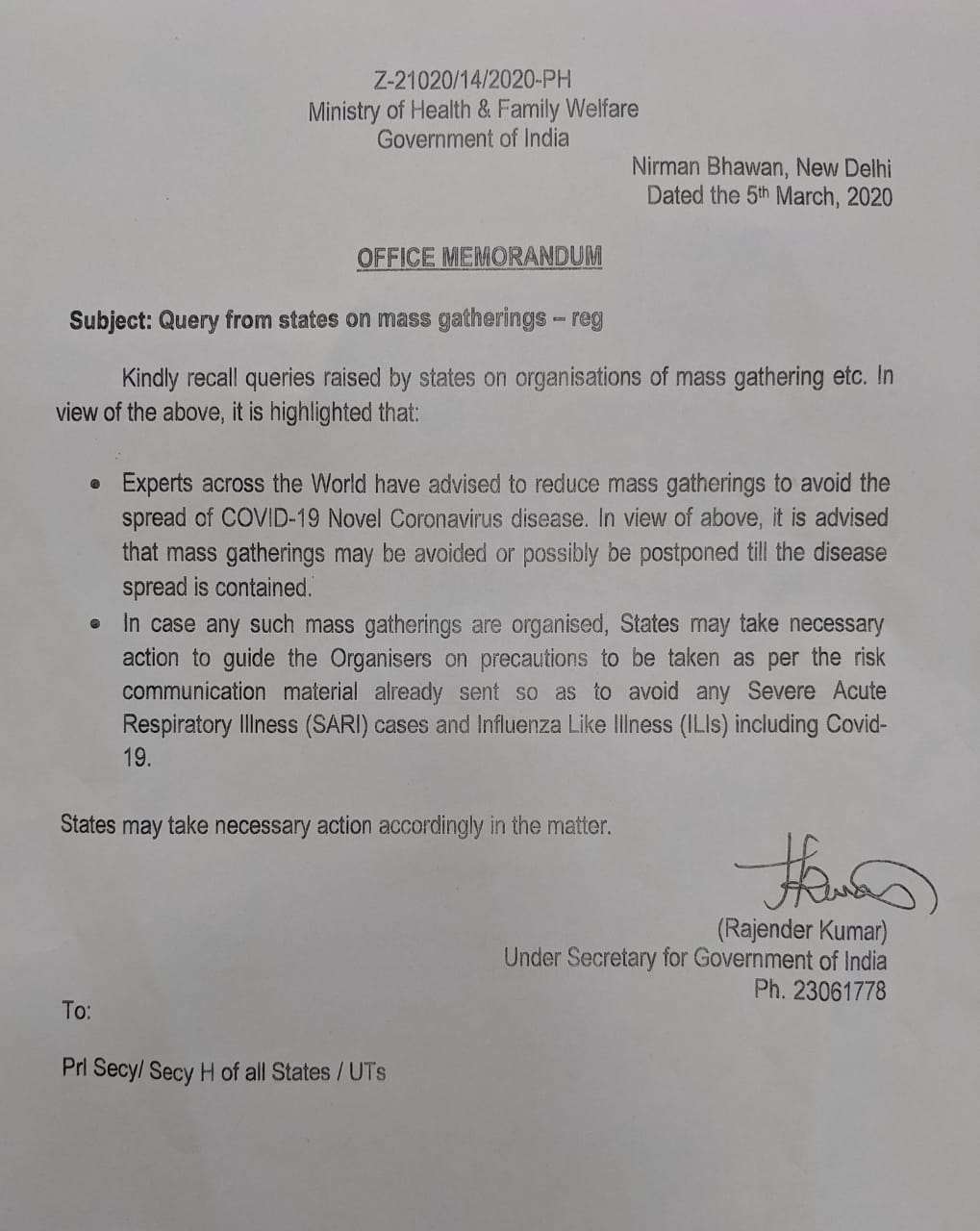 The advisory to the State Governments states that “all the mass gatherings may be avoided or possibly postponed till the disease (Coronavirus) spread is contained.”

The advisory further suggests that “in case mass gatherings are organised, the States (where the events take place) may take necessary action to guide organisers (of the events) on precautions… to avoid any severe acute respiratory illness, influenza like illness including COVID-19”.

The IPL attracts 30,000-40,000 fans for each match. It will be near impossible to sanitise such a big gathering. Besides, conduct of each game involves up to a thousand people ranging from the players, support staff, host association and franchisee officials, match officials, ground staff, broadcast team, media persons, vendors, security or the men offering various other services at different level.

If the advisory implemented strictly, conducting the games in empty stadiums could be one option. But that might just not be acceptable to the franchisees as the gate money amounts to a considerable chunk of their revenue.

Meanwhile, BCCI president Sourav Ganguly has reassured that the upcoming IPL 2020 is and the board is making all efforts for the smooth conduct of the tournament which starts March 29.

“It’s on…and BCCI will take all protection (against coronavirus),” Ganguly has reportedly said.

“IPL is very much on. Everywhere, the tournaments are going on. England are already in Sri Lanka. South Africa are here. There are no issues,” Ganguly told PTI on Friday.

Ganguly, however, asserted that all precautionary measures will be taken so that the players and the spectators don’t get infected with the virus, adding that a medical team is thrashing out the specifics.

“We will take all precautions. I don’t know exactly what are the extra measures. It’s only medical team which will tell us about that. The medical team is already in touch with the hospitals so that everything is available. We will do what the doctors say. They are the professionals.

“All medical issues will be addressed by the medical team. Every tournament will go on,” he added.