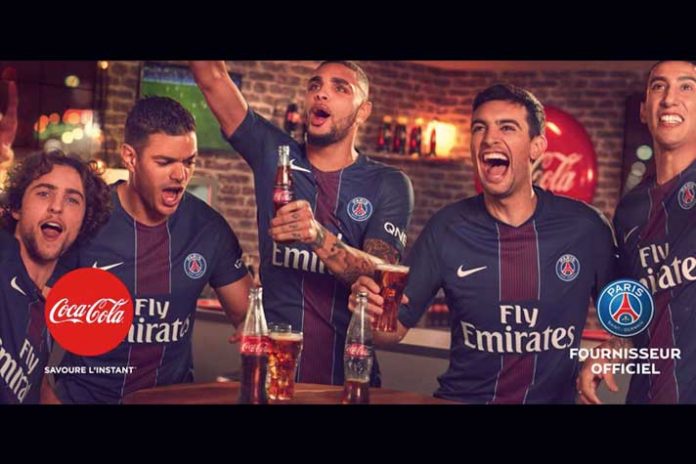 The Ligu 1 club and the American soft drink company signed a new three-year agreement to extend their partnership, allowing Coca-Cola to be the club’s official beverage supplier until 2021.

The renewed contract will see the two partners work on co-promotions, in which Coca-Cola will benefit from collective image rights to PSG players.

“We are very proud to be one of the historical partners of PSG and to renew our commitment to the club.” Paris Saint-Germain is France’s favorite club and one of the most famous clubs in the world.With it we are always very close to our consumers “We love Paris, its prestigious club and its supporters, so this association is very important to Coca-Cola,” said François Gay Bellile, president of Coca-Cola in France.

“Paris Saint-Germain and Coca-Cola have written an exciting story with the fans. Our brands are closely related and represent two icons of contemporary culture. Together we will work to bring together all those who love the club and give them even more experience. exceptional with Paris Saint-Germain, “said Jean-Claude Blanc, deputy executive director of the French club.

As an Official Supplier, Coca-Cola is among PSG’s third-tier partners(supplier), alongside brands such as Unibet, Nivea Men and EA Sports.

However, the deal does not grant Coca-Cola to put their logo on the PSG playing or practice kits.