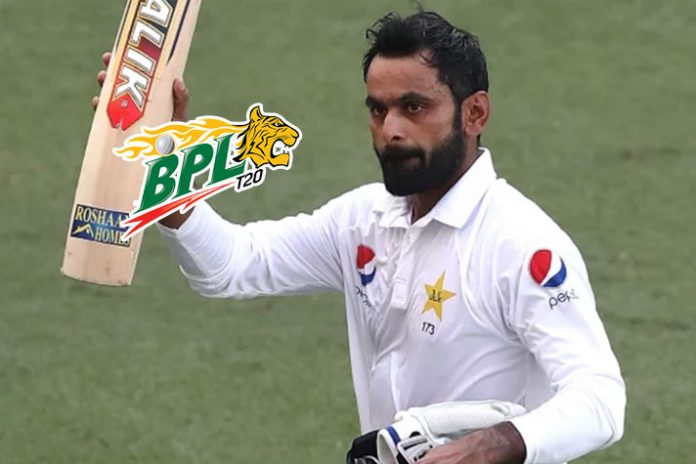 Pakistan batsman Mohammad Hafeez is packing up for the Bangladesh Cricket League after having bid adieu to Test Cricket.

Pakistan batsman Mohammad Hafeez has been signed up to play for Bangladesh Premier League franchise Rajshahi Kings next season. Hafeez, who announced his retirement from Test cricket after the series against New Zealand , will be available for five matches at the beginning of the tournament after which he will join the Pakistan squad in South Africa for the limited-overs series. The commercials of the deal could not be ascertained.

“We have signed Hafeez as we needed a right-handed batsman at the top,” said Kings chief executive Tahmeed Huq. “We are expecting to have him for the first five matches. Later, he will join the Pakistan squad for the series against South Africa. We are confident that his vast experience will be invaluable for us.”

This is the first time Hafeez, who has scored 3,652 runs in 55 Tests at 37.64, will feature in the BPL. He was bought by Comilla Victorians last year, but gave the tournament a miss to work on his bowling action which had been constantly under the scanner.

Hafeez will join the likes of Soumya Sarkar, Shahriar Nafees, Mominul Haque, Fazle Rabbi and Jakir Hasan in the Kings’ batting order. In T20Is, Hafeez has scored 5,317 runs in 252 matches at a strike rate of 122.59.

The BPL will begin from January 5 with Rangpur Riders taking on the Chittagong Kings in the opener. Rajshahi Kings will lock horns with Dhaka Dynamites in the other match.