Clippers vs Suns Game 6 in NBA Conference Finals Scores: Suns win 130-103 to enter NBA Finals 2021. They will face the Hawks/Bucks.

Beverley just ran up and shoved Chris paul in the back as he was walking towards the bench on the timeout. Paul probably said something but there’s no reason for Beverley to react like that. he’ll probably be tossed

Chris Paul is unconscious! he drains the three and it’s 118-92 suns with 5:49 left. just an incredible second half from paul

and cp3 responds with an and-one three-pointer! continuing a big-time game

Point God having himself a NIGHT. pic.twitter.com/LOXdKUMGSZ

chris paul is absolutely feeling it. suns are up by 20 and it’s starting to feel like this one is over

DEVIN BOOKER flies in for a huge slam and all of a sudden the suns have pushed their lead up to 13. biggest of the game for them and the clippers have to call a timeout

clippers are already in the bonus in the third quarter and there’s still 8:16 left. could be a long quarter here for the suns

Marcus Morris with the smooth up and under. that one would have made Kevin McHale proud

The challenge is unsuccessful. foul on bridges and George will get two free throws. kind of weird that the suns would burn their challenge on that

common foul on Beverley. he probably got saved by the fact that he got the ball first and then hit Ayton with the follow-through

Beverley just came flying in from behind and whacked Ayton on the top of the head. refs are going to review to check this one

looked like a bad call there on the out of bounds. suns get an extra possession and jae crowder bangs a three. big swing there for the suns

Criss, cross, to the cup! pic.twitter.com/kdqyleRXgu

refs reviewing a foul here where crowder reached his arm out and tripped batum. no flagrant but it is a foul on crowder. a little surprising actually considering that wasn’t a basketball play at all and fits the bill of unnecessary

back to back threes from saric to give the suns an eight point lead. the suns are getting whatever they want in the high pick and roll when boogie is on the floor

Boogie banks in a three at the buzzer but it’s 33-29 suns at the end of the first quarter. Deandre Ayton and Devin booker have combined for 19 points to lead the suns. Reggie Jackson keeping up his strong play with 8/2/3 already

suns up 23-20 here late in the first quarter but honestly are probably lucky to still be in front. The clippers are just 2 of 8 from three-point land and have missed a bunch of good looks

suns have been looking for deandre ayton a lot early on tonight. he has six early points

Layin' it all on the line. pic.twitter.com/kmYhRPfTWy

Battling on defense for buckets on offense. pic.twitter.com/eMGYOKl6ZY

Fancy footwork and floats it in. pic.twitter.com/gTjzwU3Qul

back to back threes from Chris paul and the suns have built a 15-9 lead midway through the first quarter. great sign for the suns to see him hitting some shots early. he has looked out of sorts since returning from the health and safety protocols

Patrick Beverley is known for being a defensive player, but he has seven of the clippers’ first nine points tonight. giving them a nice boost to start the game

The Clippers overcame the Suns without Kawhi Leonard and Ivica Zubac to force a Game 6. The Suns still lead the series 3-2 and this is also another do-or-die game for the Clippers.

Paul Geroge recorded a career-high 41 points as he rallied the Clippers against the Suns. 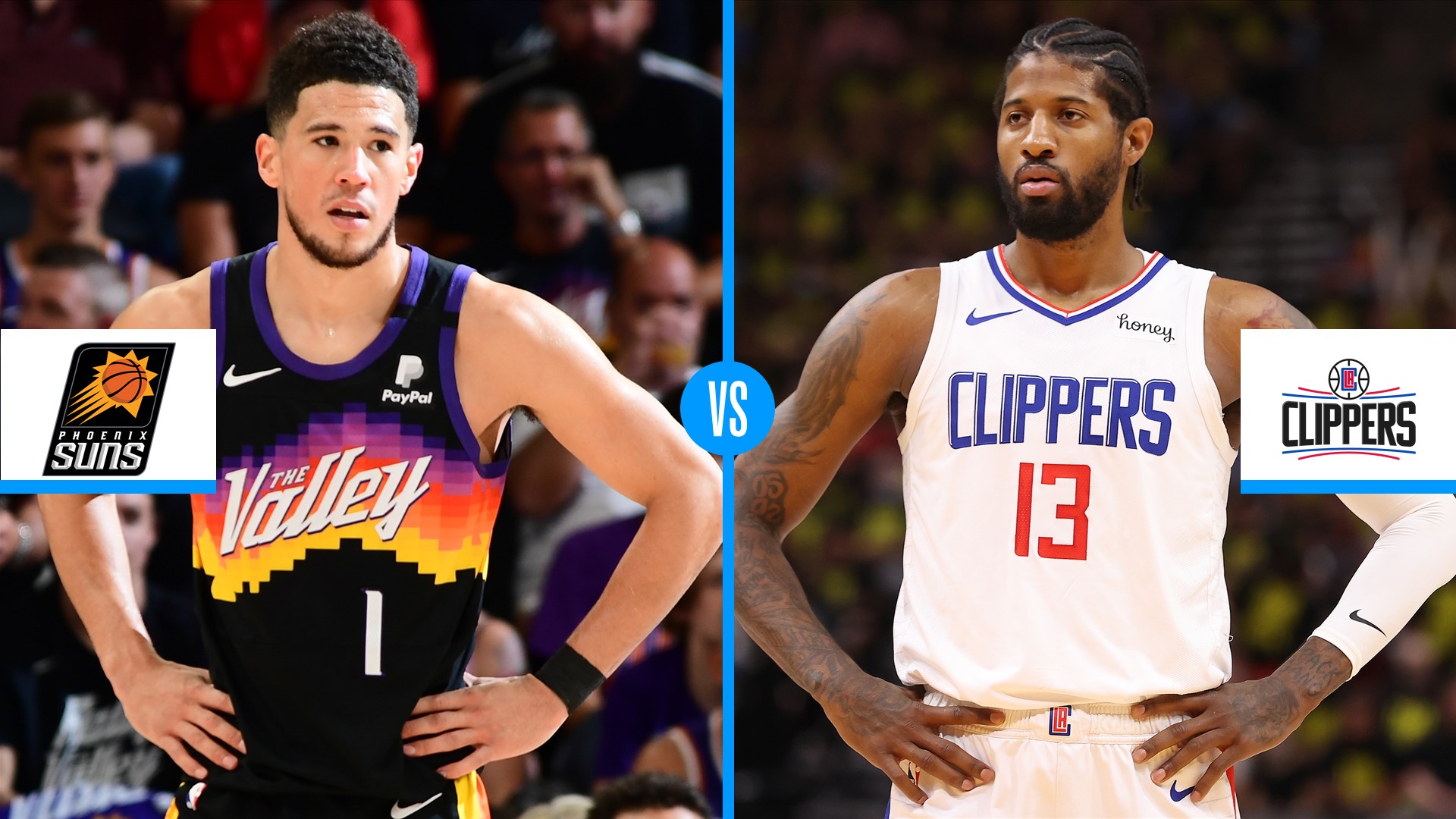