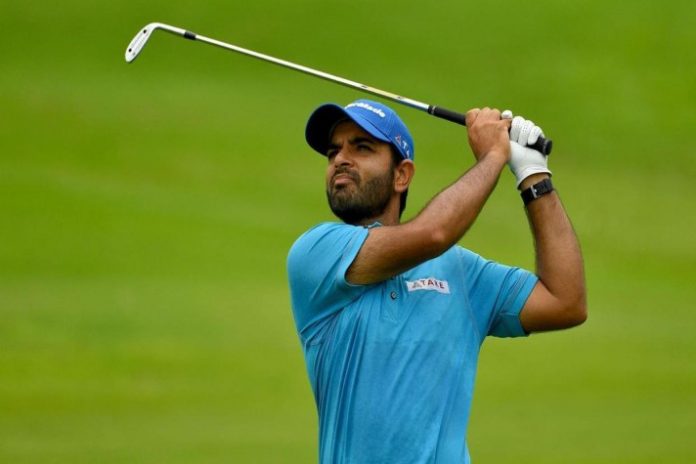 Indian golfer Chiragh Kumar was impressive off the tee and he added some good putting on the back nine to bring home a card of three-under 68 in the first round of the SMBC Singapore Open on Thursday.

After being four-under through 14 holes, he ended with 68, his second best round on Asian Tour since August last year.

Chiragh was the best placed at tied-ninth among the 13 Indians who teed off at the USD one million event co-sanctioned by Asian and Japan Tours.

Thailand’s 20-year-old Kosuke Hamamoto, playing the event for the first time, shot an opening six-under-par 65 to take the first round clubhouse lead.

Among other Indians, Ajeetesh Sandhu (69) was tied-15th, while Aman Raj and Khalin Joshi shot one-under 70 each to be T-33. Rashid Khan and Udayan Mane were also one-under but had four and seven holes still to play.

Rahil Gangjee was even after 16, while SSP Chawrasia (72) was T-71 as was Shiv Kapur. Jyoti Randhawa and S Chikkarangappa carded three-over 74 each, Viraj Madappa shot five-over 76 and Jeev Milkha Singh struggled to eight-over 79.

A one-hour suspension in the afternoon due to thunderstorms meant 45 players were unable to complete the round. They will resume their round Friday morning.

Thailand’s Gunn Charoenkul showed his consistency yet again by signing off for a 66 to trail Hamamoto by one shot in a share of second place that included Canada’s Richard T Lee, Japan’s Rikuya Hoshino and American Matt Kuchar, who managed to complete his round in near darkness.

Thee 17-year-old Joohyung Kim of Korea, who is the youngest player in the field and also making his Singapore Open debut, continued to show his potential as he posted a 67 to end his day in tied-sixth place alongside Korea’s Inhoi Hur and Jazz.