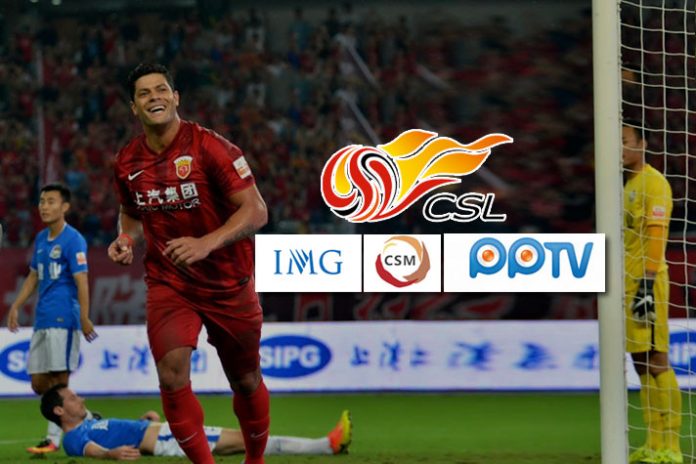 The Chinese Super League commercial owners China Sports Media have extended their contract with IMG to sell and distribute global media rights of CSL the up to 2020.

China Sports Media, which currently holds the domestic rights of China’s top division club football, have agreed to extend their deal with IMG, which includes inflight rights. IMG will continue to advise the CSL on television production for the league.

Michael Mellor, senior vice-president of football for IMG Media, said, “The CSL continues to go from strength to strength with broadcast deals currently in place in nearly 100 countries around the world. Our aim is to grow this further over the coming three years in terms of both territories and audience.”

Zhao Jun, general manager of CSM, added, “CSM has enjoyed a long and broad relationship with IMG and especially over the last two years. IMG has used its international influence and expertise to successfully support CSL to expand the coverage into around 100 territories/countries, as well as achieving a positive impact to enhance the League’s profile.”

“IMG’s experience with international leagues has also helped CSL to improve in areas such as world feed production, training and consulting.”

IMG also works with the CSL to provide strategic advice and insight, as well as represent certain centralised sponsorship packages.

CSL has also extended its deal Chinese video-streaming platform PPTV for the 2018-19 season which kicked-off on 2nd March. PPTV will remain as the exclusive ‘new media partner’ of the league. PPTV will show all 240 CSL matches on its digital platforms including website, app, and CIBN Sports, a sports broadcasting platform installed on smart TVs.

The deal with PPTV also covers CSL highlights and original content to be featured on 1,000 outdoor LED screens set up in cities around China. The screens are owned by PPTV’s parent company Suning Group which also owns exclusive media rights to a series of soccer properties, including Spain’s La Liga and England’s Premier League, among others.

Meanwhile, CSL club Chongqing Dangdai Lifan has announced SWM Motors as their title sponsor under a three-year agreement which officially renames the team as Chongqing SWM from 2018 to 2020 season.