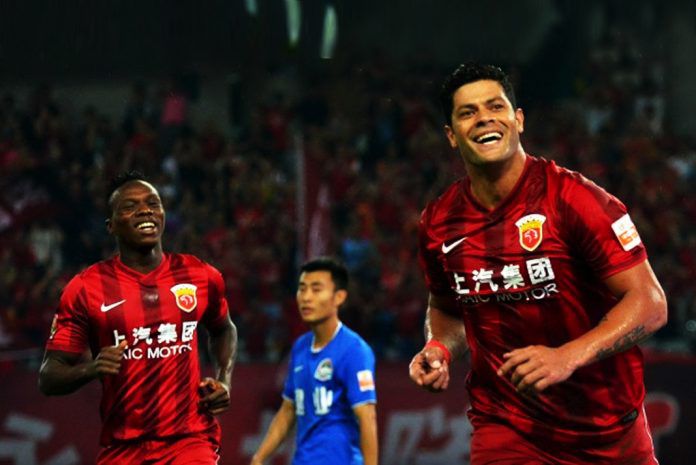 China has won the Cup of Mergers and Acquisitions (M&A) for being the biggest investor in the soccer league club over the last three years. In the 20-nation table, China’s total investment is Euro 606.8 million more than the collective aggregate investment of the other 19 nations. Difference between China and second placed USA is almost seven times. 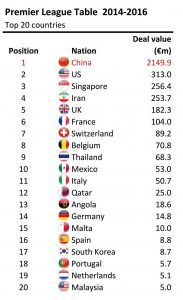 The SportsLinking division looked at 201 investments by 41 countries worth a total of 4.08 billion euros (US$4.58 billion) during the 2014-2016 period to reveal these findings. First, China topped the table with 2.15 billion euros of investments. This is seven-fold lead over the runner-up, the United States, at 313 million euros. Second, China scored more investments than the 40 other countries combined, which made a total of 1.94 billion euros.

Chinese appetite for soccer club investments has continued apace in recent months. AC Milan, a deal which kicked off last year, ended up in April this year agreeing to accept 740 million euros from Sino-Europe Sports.

China’s year-on-year investment rise has had its own driving forces back home. But it has also coincided with a decline in global investment in the sector. Chinese investment levels on disclosed value deals rose from zero in 2014 to 1.59 billion in 2016. Meanwhile, over the same period, the rest of the world’s investment went down from 974 million euros to 591 million euros.

The growth of China in terms of its influence on the global sports business is no secret. Be it investors from China acquiring and investing in sports properties across Europe, international leagues and teams looking to tap into the country’s enormous population to engage a new wave of fans, the buying or selling of key broadcast rights or China’s strategic acquisition of major international sports events, the world of sport has well and truly woken up to the possibilities the market offers.

Here is the Report by Thinking Linking.