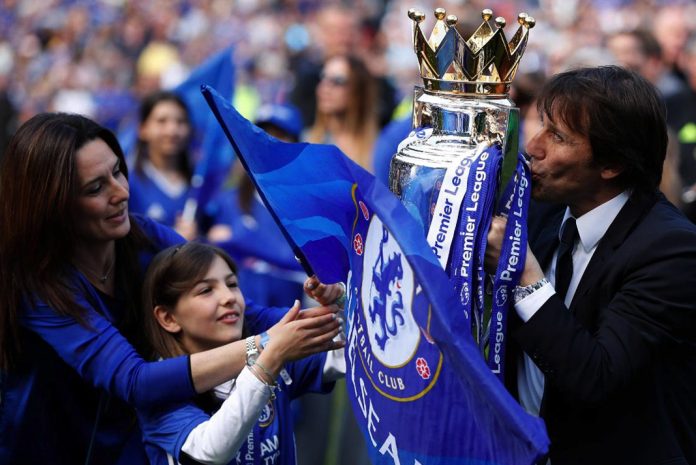 Chelsea won the title ahead of Tottenham, placed at second but that doesn’t mean Spurs were the second biggest earners of the Premier League season. In fact, in their farewell season at White Hart Lane, Tottenham raked in less than Manchester City – who finished third – and the same as fourth-placed Liverpool. Arsenal earned less than Manchester United despite finishing ahead of them in the fifth position.

Sunderland, who finished dead last and look forward to the Championship next season, still raked almost Rs 841 Cr before parachute payments kick in. Prize money, as you’d expect, is given according to the final finishing position but doesn’t make up the biggest income for teams.

Chelsea in first get Rs 320 Crore while Sunderland gets a paltry Rs 16 Cr for finishing last. The major revenues come from TV, of course. Every club gets an even split of the massive TV rights pot from Sky Sports and BT Sport, which equals Rs 710 Crore a piece. They then get an additional minimum of Rs 114 Cr plus Rs 8 Cr per televised match – which is where the differences kick in. 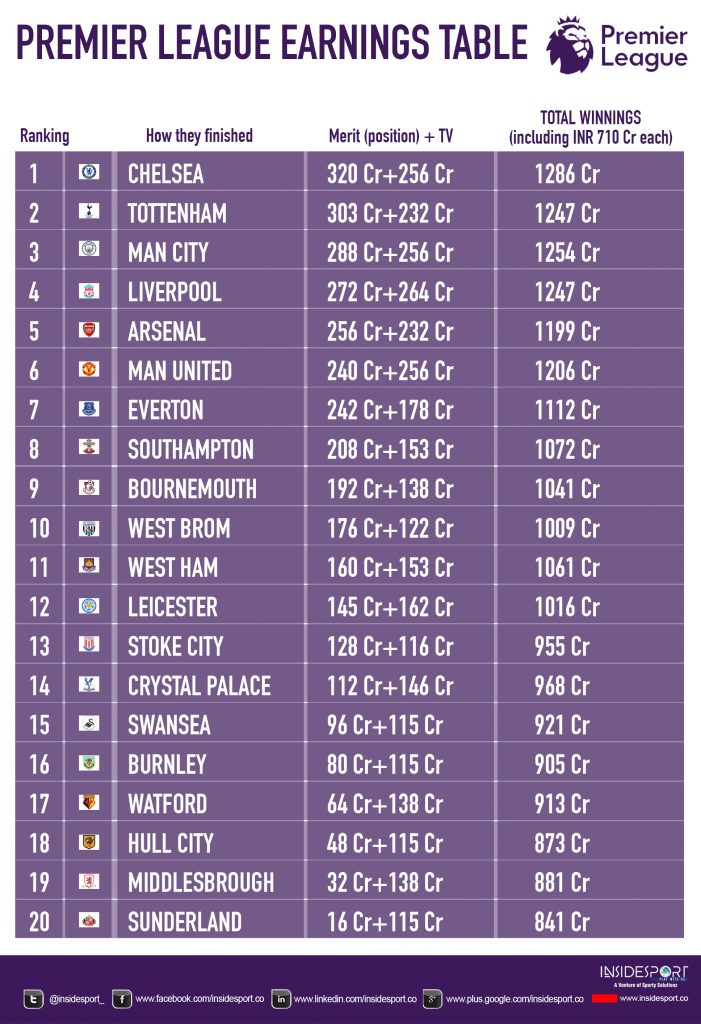