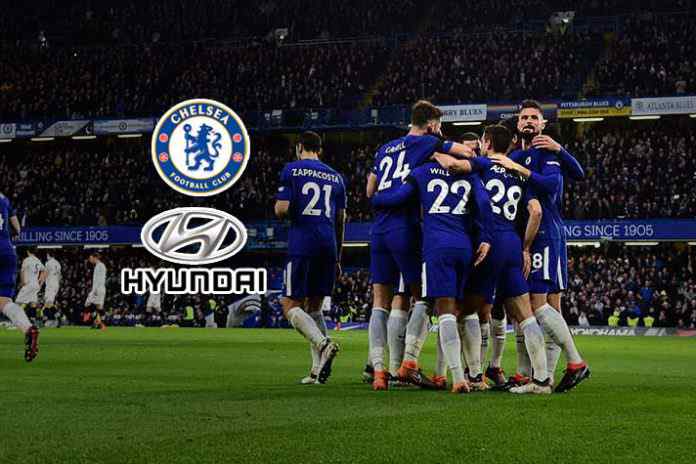 The deal, reported by the UK daily The Times, is the most expensive sleeve sponsorship agreement ever signed in the history of Premier League and European club football.

Hyundai’ logo, under the terms of the agreement, will replace Alliance Tyres, the subsidiary of the club’s shirt sponsors Yokohama Tyres which signed a one-year deal in July last year.

Chelsea’s contract with Hyundai is apparently worth double the annual amount of Manchester City’s sleeve sponsorship with Nexen Tire and will change the landscape for such deals.

According to other reports, Arsenal and Manchester United are both in the process of negotiating their sleeve partnerships for next season.

The Hyundai deal would be the first major sponsorship arrangement brought in by Chris Townsend, the club’s commercial director who joined last year from Broadband Delivery UK.

The last season Premier League champions Chelsea have finished fifth in 2017/18, that concluded yesterday, with 70 points. The Blues have ended their top-flight league campaign outside of the Uefa Champions League qualification places in fifth.