UEFA Champions League PSG vs Barcelona – PSG in Quarterfinals: The 2nd leg of the Round of 16 tie between Paris Saint Germain and Barcelona ended in a 1-1 draw. PSG qualified for the Quarter Finals with a 5-2 aggregate.

A day after watching his old nemesis Cristiano Ronaldo bow out of the competition with Juventus, Messi befell the same fate on what could yet prove to be his final Champions League appearance for Barcelona.

His stunning 25-yard equaliser had given the visitors hope of staging a remarkable comeback, with Kylian Mbappe earlier putting the hosts in front against the run of play with a penalty.

PSG vs Barcelona: PSG in Quarterfinals with 5-2 aggregate

Mauricio Pochettino was still without Neymar as he was not passed to face his former club. Similarly, there was just one alteration from Barcelona’s last match. He replaced Pique with Mingueza.

Icardi went down in a heap after trying to get on a Kurzawa cross, which was hit straight to Ter Stegen. Icardi claimed that there was a contact with Lenglet and the referee went to the VAR screen to check and after some time, awards a penalty to PSG.

Kylian Mbappe stepped up to the spot to smash the penalty in the top left corner, giving Ter Stegen no chance to save his shot. PSG led 1-0 in the 30th minute. 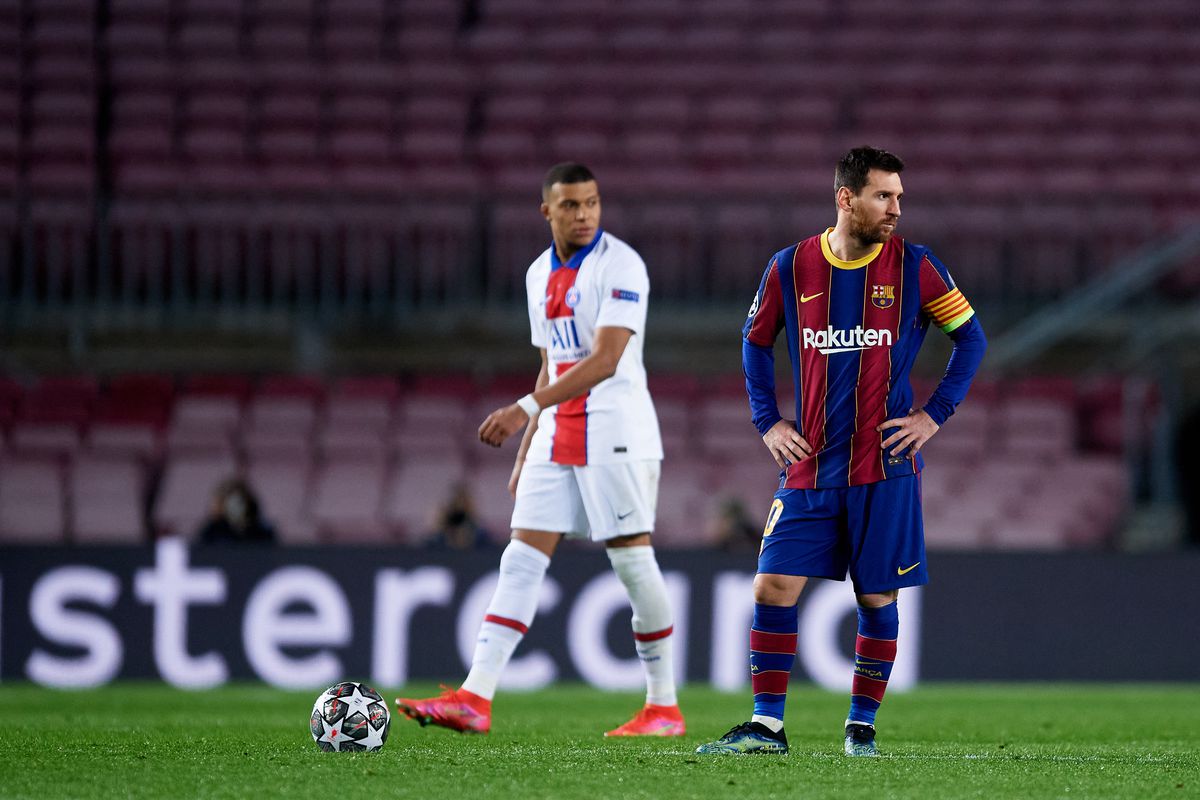 PSG vs Barcelona: Barca get a goal back with Messi’s wonder strike

It took Barcelona 7 minutes to equalize. The goal came out of nowhere as Messi picked up possession from 30 yards out. He had time and space and thumped an unbelievable strike that curled away from Navas to go into the top left corner.

AFC Asian Cup 2023: AFC to conduct Asian Cup qualifiers in centralised venue, do away with home and away format due to Covid-19