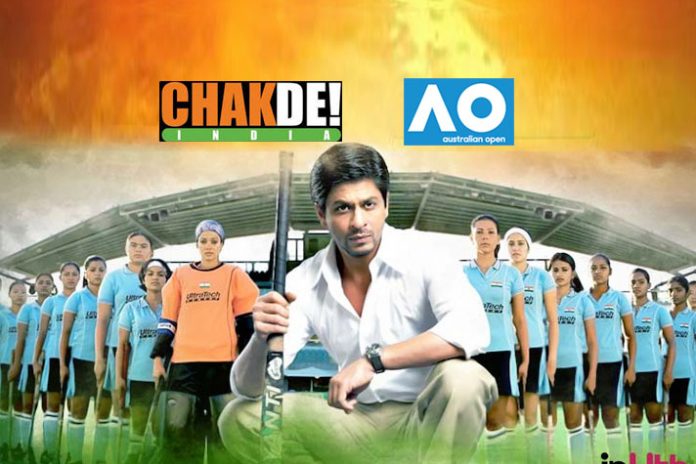 Shah Rukh Khan-starrer Chak De India will be part of the grand Australian Open activation programmes to give a commercial lift to the first tennis Grand Slam of the year.

The January 14-27 event at the Melbourne Park will be implementing various firsts, including to the playing conditions, to make the competition more engaging and entertaining.

The fan engagement programme also includes the Australian Open Sports Film festival. The 2007 Indian blockbuster, Chak de India will be screened during the festival on January 25.

The off-court activities will have the Australian Open Draw, a televised event, open to the public at MCA on Januar9. The other activation programme includes:

> The 15 Days of Music at AO Live Stage, with free beyond blue concert on Sunday 13 January

> Free AO Festival at Birrarung Marr, connecting the AO to the City of Melbourne

>The three-time bigger AO Ballpark taking over the eastern side of the precinct with a giant waterslide, climbing walls, free entertainment and for the first time, professional onsite childcare

As part of the playing condition innovations, The Australian Open will no longer play advantage final sets. Instead the season’s first Grand Slam, will play a 10-point tie-breaker in deciding sets.  This means the final set after six-games-all will be decided with the longer of the tiebreak formats – first to 10 points.

The decision comes following the most extensive consultation in the tournament’s history. “We asked the players – both past and present, commentators, agents and TV analysts whether they wanted to play an advantage final set or not, and went from there,” Australian Open Tournament Director Craig Tiley said.

“We went with a 10-point tiebreak at six-games-all in the final set to ensure the fans still get a special finale to these often epic contests, with the longer tiebreak still then allowing for that one final twist or change of momentum in the contest. This longer tiebreak also can lessen some of the serving dominance that can prevail in the shorter tiebreak.

“We believe this is the best possible outcome for both the players and the fans around the world,”  Tiley added.