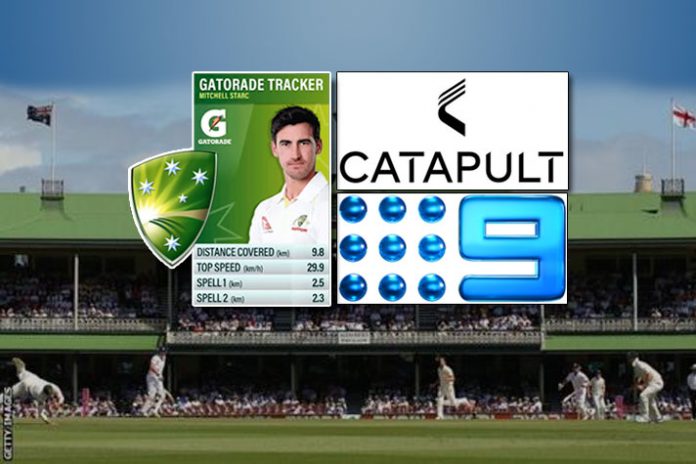 Catapult Group International Ltd has announced the signing of a new GPS data agreement with Channel 9, covering all eight remaining matches against England in the Gillette ODI and T20 Series for the 2017/18 season.

Under the agreement, Catapult will deliver data from its GPS-enabled wearable tracking technology to Channel 9 for use in live broadcast. The agreement commenced during the Sydney Test and covers the five remaining one-day international matches and three T20 matches against England. The data generated will continue to be made available to the team during the matches for performance analysis, via Catapult’s proprietary performance analytics software, OpenField, Catapult Sports has stated in a Press release.

Commenting on the agreement, Joe Powell, Catapult’s Chief Executive Officer, said: “We’re delighted to be able to work in partnership with Channel 9 and our longstanding client, Cricket Australia. This is another exciting opportunity for us to showcase our credentials in providing live wearable data for broadcast, whilst helping our league-clients to drive audience engagement and incremental revenue.”

Director of Sport, Nine Network Australia, Tom Malone said: “We’d like to thank the Australian players and Cricket Australia for enabling us to bring our viewers deeper insight into what fantastic athletes these cricketers are. This is just the beginning, we look forward to continuing to work with Catapult on greater statistical analysis as the summer progresses.”

Channel Nine Head of Creative and Innovation, Sport, Alex Rolls said: “As data and analytics continue to form an increasing part of our broadcast here on Wide World of Sports I would like to thank Catapult and Alston Elliot for delivering a seamless in broadcast integration – we have already displayed metrics that I think will have surprised and engaged the Australian public.”

This is Catapult’s fourth wearable data commercialisation agreement for live-sports broadcast. Catapult has previously broadcast wearable data with the National Rugby League (NRL) during its 2017 State of Origin Series, the 2017 Australian Football League (AFL) finals series, and with the National Basketball League (NBL) during its 2017-18 season.