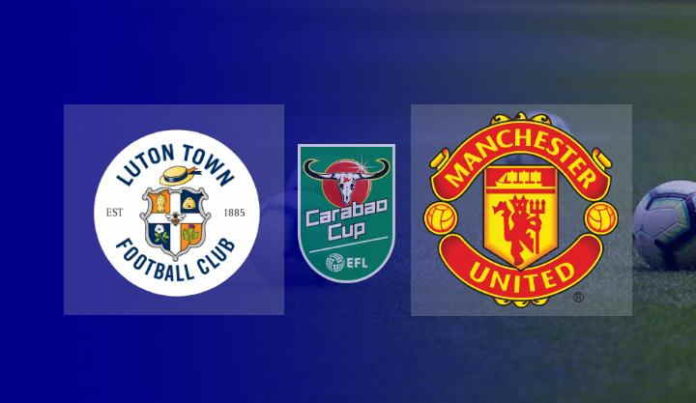 Manchester United will take on Championship side Luton Town in the third round of the Carabao Cup (EFL Cup) on Wednesday at 12:45 am IST.

The Red Devils head into the start of the Carabao Cup campaign after succumbing to a 3-1 defeat to Crystal Palace in their opening game of Premier League 2020-21 and they will aim to get back on track with a win against Luton.

United displayed a laid-back attitude against the Eagles as the players were lethargic, not pressing enough and moving the ball too slowly with the only bright spark in the game being new signing Donny Van De Beek, who scored a goal on his debut for the hosts.

A lack of match fitness seems to be an issue for Ole Solskjær’s side and it is vital they sharpen up before October when they face home matches against Tottenham, Chelsea and Arsenal.

“We need four or five games to get up to the standard we know we’re capable of,” Man Utd coach Ole said ahead of the trip to Luton Town.

“We haven’t had an opportunity to get those games in and we have to make sure, in these games, we get the minutes and make the players ready to start competing in the league again.

“Brighton away is going to be a very tough one so we’ll use this one [at Luton], we want to get through, but it’s also minutes for a few,” he added.

On the other hand, Luton are already in fine form early this season having toppled two second-tier opponents in the EFL Cup, winning 2-1 at home to Norwich and 1-0 away to Reading. They are the underdogs going into this game and have the ability to cause an upset.

Where fans can catch Carabao Cup match between Luton and Manchester United Live Streaming in the Indian Sub-Continent?

Carabao Cup match between Luton and Manchester United will be broadcasted LIVE on VH1 and MTV in India & Live Streamed on Jio TV in the Indian Sub-Continent.