Canon Inc. announced that the Japanese Company has signed a basic partnership agreement to become a sponsor for the Asian Games 2018.…

Canon Inc. announced that the Japanese Company has signed a basic partnership agreement to become a sponsor for the Asian Games 2018.

The 18th edition of the quadrennial Games will be organized by the Olympic Council of Asia from August 18 to September 2 in Jakarta and Palembang, Indonesia.

As with other sporting competitions in the past, both in Japan and overseas, Canon will provide behind-the-scenes support to members of the press covering the Asian Games 2018, including camera and lens maintenance services and product loans, to enable the best possible capture of the top-class athletes competing at the zenith of their sport, the Japanese imaging and optical products manufacturer multinational has stated in a Press release.

First held in 1951, the Asian Games is an international sports competition comprising the Asia region held once in every four years. This year, approximately 10,000 athletes from 45 countries and regions will compete in 462 events across 40 sports.

The Canon Group will continue contributing to the advancement of sports through the use of Canon products and technologies. 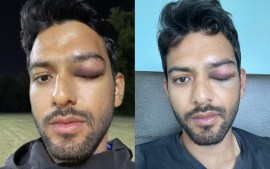