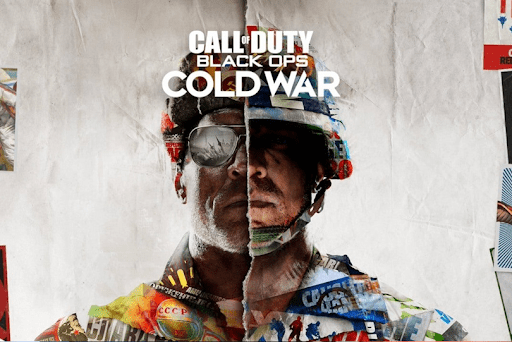 The Black Ops sequel’s multiplayer should look familiar to anyone who’s played Call of Duty in the last few years, but changes like a revamped Create-a-Class system, faster gameplay, and an entirely revamped Scorestreaks system should help Black Ops Cold War stand out from its predecessors, there are also all the new maps, weapons, perks, and game modes that players expect from each new Call of Duty game.

Black Ops Cold War will also build on the crossplay that Modern Warfare and Warzone introduced, allowing players of all consoles and generations to join matches together this means Crossplay will also be not only cross-platform but cross-generational.

Progress will track from Cold War to Warzone, and Warzone progress from this year will continue to be available, they have made the competitive community happy with this move. Fans will get their first opportunity to go hands-on with Black Ops Cold War’s Multiplayer with the Open Beta.

Black Ops Cold War is out November 13 on PC, PS4, PS5, Xbox One, and Xbox Series S/X. You’ll be able to upgrade your current-gen copy for $10

Five maps were revealed in Armada, Satellite, Miami, Moscow, and Crossroads confirming some of the earlier Cold War leaks. In total, five maps:

The mode is split up into rounds with the first team to four round wins winning the match. In each round, players only have one life, but they won’t die immediately when they take lethal damage, so they can be either revived by teammates or executed by the enemy team. When a team is defending the VIP, one player is randomly selected to play as the VIP and given just a silenced pistol, and some smoke grenades to defend themselves.

Thanks to the limited respawns, each round of VIP Escort is a little bit slower than a regular multiplayer match. The normally selfish every-person-for-themselves impulses that tend to dominate Call of Duty — even in its most team-focused game modes — are replaced by selflessness when the VIP is the only objective in the game. 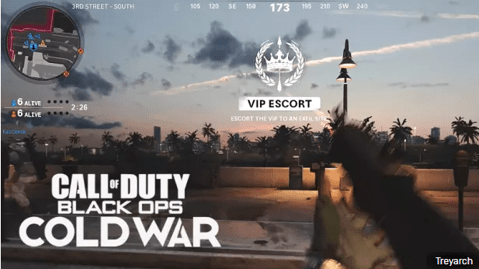 Killstreaks might be one of the biggest changes coming to the latest Call of Duty. Treyarch has changed Killstreaks into Scorestreaks for Black Ops Cold War. These streaks aren’t lost when you die, but the requirements are higher and you earn a multiplier for kills earned in one life, so you’re still rewarded for staying alive. This system doesn’t feel radically different in modes like Team Deathmatch, but once you get into the more objective-based modes, it becomes a little more noticeable.

With the old system where streaks reset each time you died, players were often forced to choose between putting themselves at risk by playing an objective and playing it safe to protect their Killstreak. However, with the new system, players can rack up progress and multipliers by completing objectives, without worrying that it would all be erased by a well-thrown grenade on the Hardpoint.

For each weapon, there are seven attachment slots. You will unlock attachments just like how it is done in MW – by ranking the progression level on that specific weapon. Of these seven slots, you can use five of them to apply attachments

Most relevant for competitive Call of Duty is the return of Control, to which nearly every pro on Twitter and Call of Duty League fans erupted in relief at no more Domination – a sticking point in Modern Warfare when it was chosen as a competitive game mode. The next spawns will also appear on Hardpoint maps, allowing teams to better plan and rotate.

One of the greatest concerns in Modern Warfare was the lack of communication between developer Infinity Ward and competitive players. Regardless of how people feel about what was revealed, communication between pro players and Cold War developer Treyarch seems good, with multiple pro players coming out on streams and praising Treyarch’s dedication to talking with pros throughout the development process.

In the reveal itself we heard from the entire team of developers, explaining what has gone into the development of the game and how it is different from its previous version, post which we were treated to top streamers playing the game, some of them being