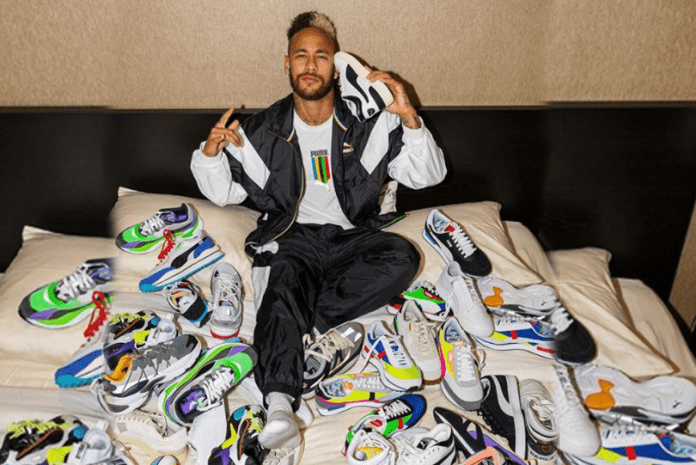 Neymar has finalized an endorsement deal with Puma, media reports in his native Brazil said Friday, two weeks after the most expensive player in football parted ways with long-time sponsors Nike.
News of a deal between the Paris Saint-Germain star and the German sportswear giant was first published by the sports site Esporte Interativo, which is known for breaking the story of Neymar’s transfer from Barcelona to PSG in 2017.
Citing “exclusive information,” it said details on the deal and Neymar’s first promotional appearances for Puma were expected “in the coming days.”
Sports columnist Rodrigo Mattos of the respected news site UOL later wrote that he had confirmed Neymar and Puma had finalized a contract.
Neither Puma nor Neymar’s communications team immediately responded to requests for comment.
Speculation has been flying that the 28-year-old striker would sign with Puma since his endorsement deal ended with Nike, the company that had sponsored him since he was a 13-year-old prodigy.
Neymar had appeared to drop hints that a deal was close, said Esporte Interativo.
He recently followed Puma, PumaFootball and eight other accounts associated with the brand on Instagram, and posted a picture of himself Thursday with what appeared to be a statue of a puma in the background.
Neymar’s last deal with Nike was reportedly an 11-year contract worth a total $105 million.
Forbes magazine, which ranks him the world’s seventh highest-paid celebrity, estimates his earnings for this year at $95.5 million, including endorsement deals.
PSG paid a record 222 million euros for his transfer from Barcelona.