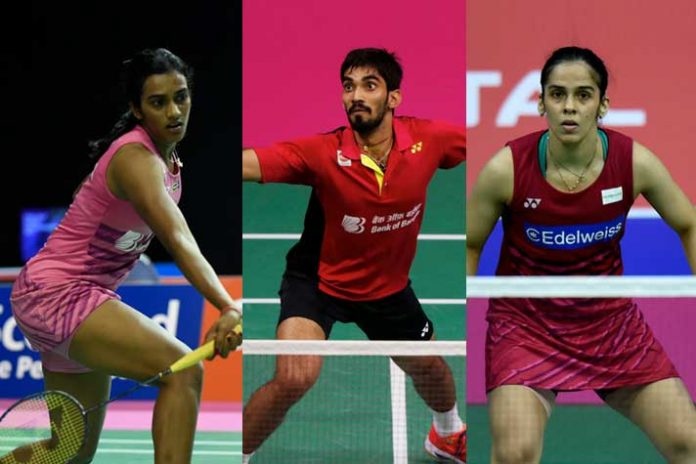 and Saina held on to their places in the women’s singles rankings, Mugdha Agrey and Rituparna Das climbed up six and one spot, respectively, to be placed at 62nd and 65th positions.

Among the men’s singles shuttlers, Kidambi Srikanth and Sameer Verma managed to hold on to their 10th and 13th spots in the latest rankings issued on Tuesday.

B Sai Praneeth, who lost to World No. 1 Kento Momota in last week’s Japan Open semifinals, moved up four places to the 20th position.

Among other Indians in men’s singles chart, Ajay Jayram is placed 67th while Lakshay Sen is at 69th spot.

The men’s doubles pair of Satwiksairaj Rankireddy and Chirag Shetty climbed up two places to 16th spot, while the combination of Manu Attri and B Sumeeth Reddy is static at 25.

Pranaav Jerry Chopra and Sikki Reddy dropped two spots to 22, while the pair of Ponnappa and Rankireddy are up by two rungs to 23rd spot.