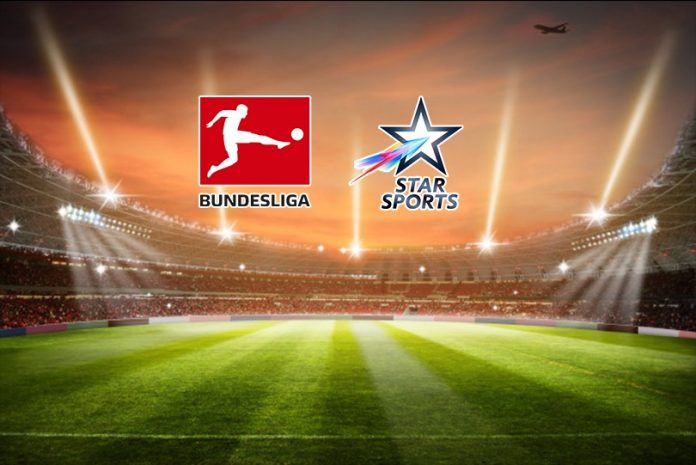 The Indian sports TV Rights market is seeing a sharp fall. The cricket boards of NewZealand, Sri Lanka and West Indies are already bearing the brunt and now the German football league Bundesliga has joined the ranks. According to the information with InsideSport, Star Sports is currently in negotiations with Bundesliga for the renewal of the media rights contract. The source in the thick of things has revealed to InsideSport that the rights values are set to fall almost 60% vis a vis the last deal with the broadcaster.
InsideSport tried reaching out to both Star India and Bundesliga for their official take on the development but did not get any reply from both the parties.
Bundesliga media Rights in India set for 60% cut
Star India earlier had a deal for five seasons with the DFL Sports Enterprises, commercial division of the DFL, the German football league. According to the information with InsideSport, the deal was worth $1.5Mn per season and covered all the territories of the Indian Sub-Continent i.e India, Bangladesh, Bhutan, Nepal, Pakistan, Sri Lanka and Maldives.
As the existing 5 year deal ended along with the just concluded Bundesliga season, since the last few weeks the German league was in negotiation with Star India for a deal for the upcoming cycle.
According to the InsideSport sources, the new deal offered by Star India is almost 60% less than the earlier deal. This means the new signing will be in the range of just $600K for the entire territory of the Indian Sub-Continent which is quite a beating for Bundesliga.
At the same time, this clearly shows that amid Covid19 pandemic Indian sports media rights market is struggling big time.
Indian Sports Market : Foreign board Cricket Rights also takes a huge beating
Since the last few months, Cricket West Indies, Sri Lanka Cricket, New Zealand Cricket Board are in market to either renew their deals with the existing broadcast partners or to weave a new partnership in the Indian market. But in the falling Indian sports market all those plans have been dashed.
The Cricket West Indies despite of trying their best from the last 7 months is currently without a broadcast partner. Star India hasn’t shown any interest in the rights and the incumbent Sony is no where close to the CWI’S expectations.
Same is the case of NewZealand Cricket (NZC). The Kiwi board already has got a NO from their last broadcast partner Star India on the renewals.
Sri Lanka cricket also is in the same boat. Despite of coming out with tender 5 months back, SLC failed to woo anyone else then Sony Pictures Network. And now the offer they have in hand from Sony is much lesser than what they had anticipated. But unlike others they SLC at-least has broadcast partner now.
According to one of the leading sports media rights expert in the territory, Covid19 repercussions is not the only reason for such a fall in the Indian sports market.
“It is a clear case of more supply than demand. Covid19 has just escalated the issues. The real reason is that in such a huge country, there are only two players in form of Star & Sony who the rights holders can look up to. How much they can consume ? And now they have quality content in form of the local Indian Pro Leagues, Star & Sony can’t consume beyond a point. According to our estimates, values for the global sporting properties and the foreign cricket boards will be further eroded in India in the next cycle’, said Ashish Chadha, CEO of Sporty Solutionz, the company which deals in biggest of the sports rights in the region.
Currently WTA, AFC and various others are without broadcast a partnership deal in place in the Indian sub-continent.