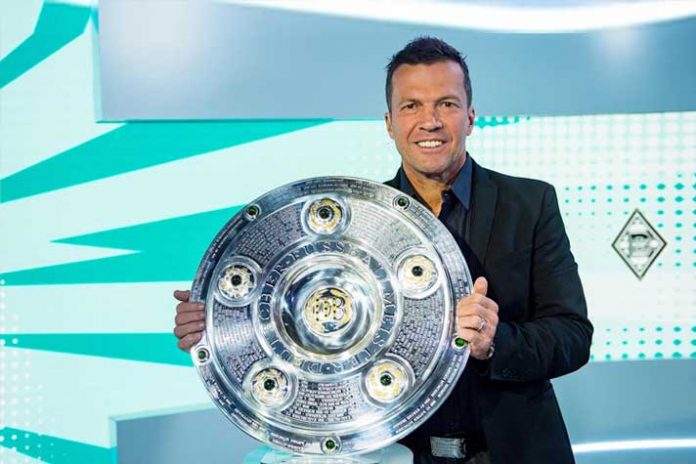 After announcing a tie up with IMG-Reliance, top division German football league Bundesliga is bringing World Cup champion Lothar Matthäus to reach out to the Indian fans.

The German football legend, on duty for Bundesliga, will start his three-day India tour from Kochi tomorrow (Tuesday). The visit is a part of the Bundesliga Legends Tour designed to inspire and connect Indian fans to the Bundesliga, states an IMG-Reliance media release.

The 1990 World Cup Champion captain, on his maiden visit to India, will participate in a number of fan and media activities.

Former FIFA World Player of the Year, Matthäus will visit several football development projects and attend Indian Super League games in – KBFC vs Jamshedpur FC at Kochi on December 4 and MCFC vs CFC at Mumbai on December 6. On the trip, he will also meet several key stakeholders in the Indian football ecosystem, including the Bundesliga’s media partner Star Sports to shoot special episodes for Star Sports Select.

The Bundesliga trophy, the ‘Meisterschale’, will follow the legend and will be on display in both Kochi and Mumbai for fans for aphoto opportunity.

On December 4, the former FC Bayern München star will meet the Kerala Blasters fans at the Marriott Hotel in Kochi. Later, he will be on hand to inspire Indian youngsters at the Reliance Foundation Youth Sports Kochi Finals before heading to Jawaharlal Nehru Stadium to watch another World Cup hero, Tim Cahill, in action as KBFC play JFC in the Indian Super League that night.

Matthäus will arrive in Mumbai on December 5 and undertake some media activities before spending time with Indian youth at the Borussia Dortmund football school at Cooperage. Later, in the evening, he will meet with special guests, including members of the Indian football community, at the German consulate.

Speaking about how the Bundesliga can support the growth of Indian Football, Matthäus said: “I’m proud to be part of the Bundesliga’s Legends Tour here at what is an incredibly exciting time for Indian football. Having produced a long line of exciting world-class football talent, such new American team captain Christian Pulisic, 18 year-old Bundesliga Player of the Month Jadon Sancho (both Borussia Dortmund) and World Cup winner Benjamin Pavard (VfB Stuttgart), I’m keen to share my thoughts on how India can benefit from the Bundesliga’s renowned success in youth development. I’m really looking forward to helping India reach the next level whilst also getting to experience the country’s rich culture and warm hospitality.”

Robert Klein, CEO Bundesliga International, added: “It’s not only our global superstars and wonderkids, the high number of goals, the exciting brand of football played or the packed stadiums and electric atmospheres that has caught the imagination of Indian fans. They really appreciate pure, authentic football – football as it’s meant to be, which is what the Bundesliga is all about.

“Whilst fans already have access to the best coverage of our league thanks to our strong partner Star Sports, bringing global icons like Lothar Matthäus to India helps fans experience the Bundesliga in a more personalised way. Creating physical connections is a key component of our long-term engagement strategy, which will supplement the action fans watch on Star Sports each week.”

One of the most recognised football players across the globe, Matthäus  has represented Germany in 150 games, including the 1982, 1986, 1990, 1994 and 1998 FIFA World finals. He also holds the record for the most caps for the German national team. As part of the 808 games he played in top leagues worldwide, he completed 609 Bundesliga games for Borussia Mönchengladbach and FC Bayern München. He has also managed and coached a number of teams across the world.

The Bundesliga Legends Network united international top stars such as Matthäus, Paulo Sergio, Jay-Jay Okocha, Wynton Rufer, Jörg Albertz, Bum-Kun Cha, Anthony Baffoe, Jiayi Shao, Yasuhiko Okudera, Pavel Pardo and Steven Cherundolo. The Bundesliga Legends are tasked with taking the Bundesliga experience to their homelands or to the countries to which they have a strong connection.