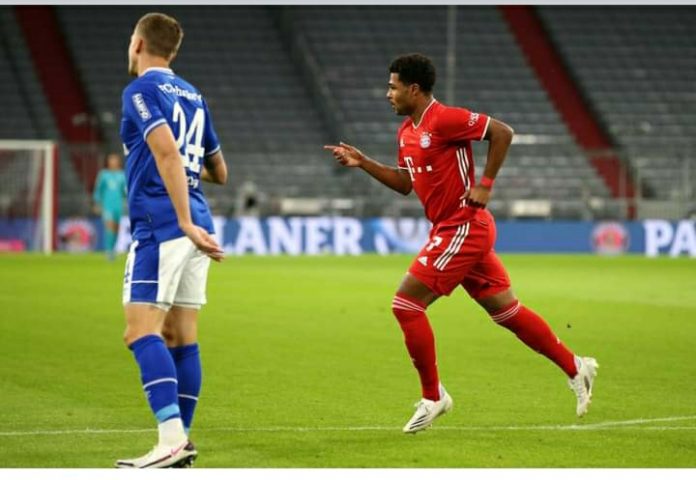 Bayern Munich delivered a message to the rest of the Bundesliga that the treble winners are in superb form, coach Hansi Flick said on Friday following an 8-0 demolition of Schalke 04 in their season opener.

Also Read : How to Watch Bundesliga in India ://www.insidesport.co/star-sports-not-to-renew-bundesliga-contract-fancode-signs-multi-year-partnership-with-the-german-league/

Bayern started their league campaign with a bang as they scored three times by the 31st minute to kill off the game with their stunning pace and deadly finishing.

“It was superb for us. Before the game we wanted this to be a game that would define where we are at this stage and my players did it very well,” Flick said.

“We wanted to show that in this season again we are here.”

Yet Flick was quick to point out that it was just one game in a long and crowded season to come.

“We just had the first game. Let us go slowly here. But it was important to show we are on the right path.”

It was a record win for an opening Bundesliga game and came less than a month after Bayern clinched the Champions League title to complete the treble. They have won the last eight German league titles in a row.

“Bayern were in sensationally good form,” said Schalke coach David Wagner, whose team has failed to win any of their last 17 league matches.

“At the moment Bayern are most likely the world’s strongest team. They showed that today.

“We did not play well at all. We now need to shake it off and show a reaction (next week).”