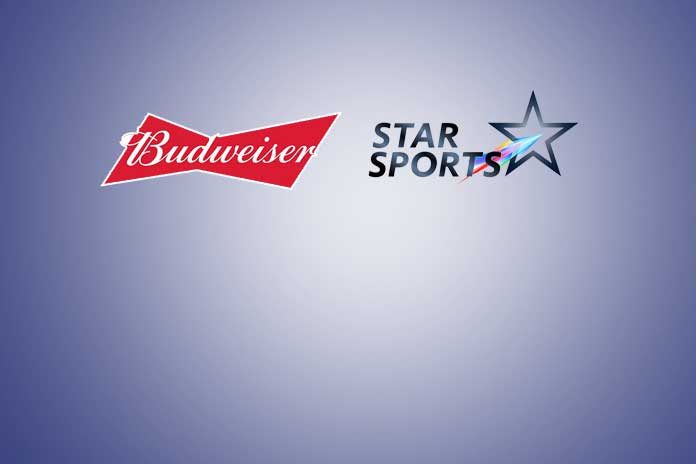 Budweiser 0.0 has announced a collaboration with Star Sports for the 2019/20 season of the Premier League. As part of this association, Budweiser 0.0, the newly-introduced non-alcohol beer from Anheuser-Busch InBev, will take on the role of a co-presenting partner on Star Select SD and HD, while owning spots across the league’s 360 games.

Expanding its association with the game, Budweiser last month announced multi-year partnerships with two of the top international football leagues, the Premier League and LaLiga.

As part of this partnership in India, Budweiser 0.0 will add to the excitement surrounding the Premier League season, through co-branded content with Star Sports. This will provide fans with real-time updates and showcase key match moments celebrating the greatness of the players—the Kings of the Game—both on and off the field. The brand will also collaborate with the channel to curate fan parks and host live match screenings to further connect with more football fans across the country.

Commenting on the association, Kartikeya Sharma, VP Marketing – South Asia, AB InBev, opined, “We are excited to partner with Star Sports as co-presenting sponsors this season for one of the top international sporting events – Premier League. We have always been passionate about the game and truly believe that it surpasses boundaries and brings people together. With this collaboration, we look forward to offering consumers and football fans exclusive content and well-curated experiences, creating an opportunity for them to celebrate the spirit of the game.”

Year-on-year, football has become a growing passion point for Indian consumers and the brewer, having been a long-term partner of the FIFA World Cup™, has designed engaging content and all-round experiences to bring alive the essence of the sport and energise fans in the country.

Yatin Balyan, National Head Investments and Enterprise, Omnicom Media Group said, “We are excited to facilitate a partnership between Star Sports and Budweiser 0.0 as a co-presenting sponsor for the Premier League. We are confident that this partnership will deliver the expected brand objectives. Budweiser and football have a seamless association the world over and with the launch of Budweiser 0.0, we found a perfect way to enhance this association further. Football in India has, over the years, witnessed tremendous traction among viewers in India, and the Premier League has a massive following. We are looking forward to a successful roll-out during the current season.”

Commenting on the association, a Star Sports Spokesperson said, “Star Sports Select has been continuously redefining the way Sports content is consumed in India, by keeping the sports fans at the heart of all we do. Be it multiple angle viewing or surround content that gives deeper understanding and insight into the game to fans or product innovations that further enhance storytelling for the evolved fans.”

“With the purpose of bringing the Premier league fans closer to the game and its heroes, we have organized community match screening events and Legend interactions under the “Select FC” initiative which offers unique experiences these fans in the country. In this journey, we welcome on board Budweiser as one of our co-presenting sponsors of the Premier League Broadcast in India. We are sure they will also enhance the experience of the Premier league fans with their initiatives.”