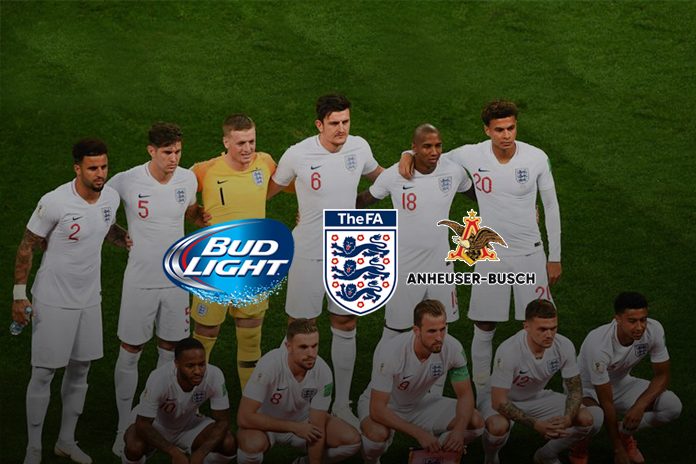 The company’s another popular brand Budweiser became the official beer partner of the England men’s team in February, taking over from Danish beer Carlsberg following the 2018 World Cup in Russia.

Under the terms of the new deal, Bud Light will be promoted during England home games, with the alcoholic beverage sold in Club Wembley bars and the beer’s branding enjoying an increased presence around Wembley Stadium.

Budweiser and Bud Light, which only recently relaunched in the UK after 17 years away, will now share the rights as the official beer of the England men’s team.

Aina Fuller, marketing manager at Bud Light UK, said, “The pride and joy that the England team will continue to ignite in the nation since the Fifa World Cup makes this partnership even more exciting for us, and we look forward to embarking on this journey together.”

Anheuser-Busch InBev SA/NV, is the largest brewing company in the United States, with a market share of 45 percent in 2016. The company operates 12 breweries in the United States and nearly 20 in other countries, which increased recently since Anheuser-Busch InBev SA/NV acquired SABMiller. The premium beer brand offerings form the company include Budweiser, Busch, Michelob, Bud Light, and Natural Light.