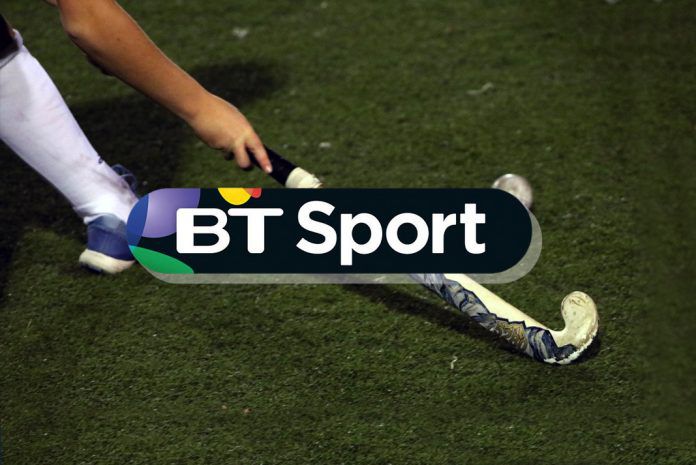 BT Sport will broadcast both the men’s and women’s Hockey World Cups in 2018 after agreeing a deal to become the home of UK and Irish international hockey.

The deal with the International Hockey Federation (FIH) will see BT Sport broadcast a series of events and more than 700 hours of live coverage over the next two years, including the Hockey Women’s World Cup London 2018 and the Odisha Hockey Men’s World Cup Bhubaneswar 2018.

Both Hockey World League semi-finals and finals will also be shown on BT Sport channels, with all the best men’s and women’s teams across the globe competing.

This year’s line-up will see a blockbuster start for England’s women when they take on Argentina on saturday 10 June. The following day will see the hosts battle it out against the Netherlands. Both matches are one-off internationals and will serve as warm-up matches ahead of a competitive few weeks of international hockey action.

In 2017, competitions run thick and fast for England and Scotland men, starting with 33 matches at the Men’s Hockey World League Semi-Final in London between Thursday 15 June, and sunday 25 June at Lee Valley Hockey and Tennis Centre in Queen Elizabeth Olympic Park.

Scotland’s women will then be aiming to qualify for the World Cup at the Women’s Hockey World League Semi-Final in Brussels, Belgium, with that event taking place between Wednesday 21 June and Sunday 2 July.

In July the focus will turns to Johannesburg, South Africa where a Men’s and Women’s Hockey World League semi-final will take place between Saturday 8 July and Sunday 23 July.

England women as well as both Irish teams will be competing at the event which will offer 16-days of non-stop world class hockey action.

Both the women’s and the men’s Hockey World League Finals will also be broadcast later in November and December this year from Auckland, New Zealand and Bhubaneswar, India respectively.

BT Sport’s coverage for 2018 will see many of the gold medal winning women’s Team GB from the Rio 2016 Olympics look to become World Cup champions in London in front of a home crowd at the World Cup, starting in July.

The final planned broadcast of the deal will see the Odisha Hockey Men’s World Cup in November and December 2018 from Bhubaneswar in India.

Simon Green, Head of BT Sport, said: “I’m really excited that BT Sport is now the home of international hockey for men and women, including the prestigious World Cups. Hockey continues to grow and has done so ever since the women’s Team GB team won the gold medal at the Rio Olympics. This will help build on the popularity of the sport and give the UK viewers a chance to cheer on the home nations represented at the World Cup and hopefully see more medals won, exclusively live on BT Sport.”

Andy Oram, FIH TV and Broadcast Director, said: “BT Sport were first to believe and commit to the Hockey Revolution, long before the success in Rio and we are delighted to continue our relationship and vision with them. Their world-class production of the Hockey Champions Trophies in London last year introduced ground-breaking innovations for our sport and has set some very high standards as we move towards our World Cups in 2018. As host broadcaster for the upcoming international events in London we look forward to working with them to make BT Sport the exclusive ‘Home of Hockey’ in the UK and Ireland.”