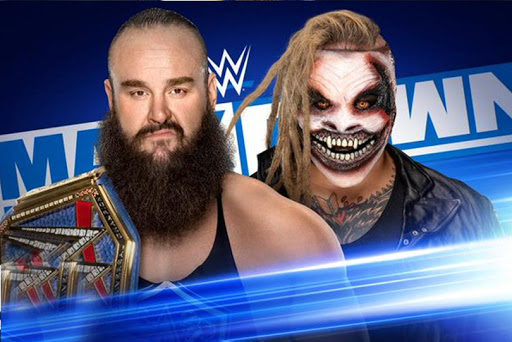 WWE Smackdown Live: Braun Strowman appeared last week on Smackdown live on the big screen with a breaking point to break the shackles against “the Fiend” Bray Wyatt at SummerSlam when he challenged him for a colossal match.

“The monster among men” Braun Strowman will defend his WWE Universal Championship against Bray Wyatt on the biggest party of the summer at SummerSlam. However, this would be the third-time when these two old brotherhoods face off each other on this wrestling summer. But this time to settle their account against each other and most importantly for Braun Strowman who lost against Bray Wyatt at Extreme Rules last time when they two-faced.

Braun Stowman made it very clear this time he will end the maniac of “the Fiend” forever when they meet each at SummerSlam. However, Smackdown has announced that Braun Strowman will call out Bray Wyatt this week on Smackdown to play some mind games against “The Fiend.”