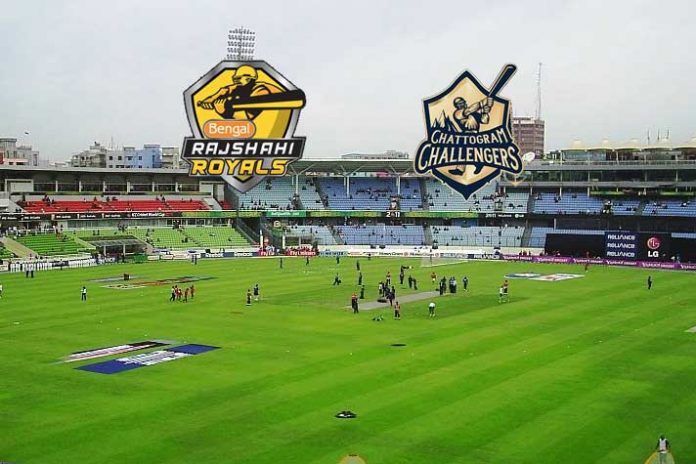 With Khulna Tigers having already booked their place for the summit clash of the 2019-20 Bangabandhu BPL, both Chattogram Challengers and Rajshahi Royals will be looking to seal the remaining spot, when they lock horns in the second qualifier on Wednesday.

After having lost the first qualifier against Khulna Tigers, Rajshahi Royals will get another crack at claiming the spot in the finals. Chasing 159, the Royals could only muster 131 despite Shoaib Malik racking up a whirlwind 80 off 50 balls, as the remaining batsman had no answers to Mohammad Amir’s (6-17) onslaught, who notched the best individual figures by a bowler in BPL history.

They’ll have their task cut-out though when they face Chattogram Challengers, who earned their way to the Qualifier 2 with a clinical seven-wicket win over Dhaka Platoon in the Eliminator with their top-4 leading the way in their run-chase of 145. The Challengers, led by Mahmudullah, are in good stead. They lost players like Lendl Simmons and Kesrick Williams, but it hasn’t rattled them. Also, the fact that Mahmudullah returned to their setup has strengthened them even further.

In the round-robin stage, both the teams defeated each other once.

This match will be broadcasted live on Star Sports Network and Hotstar. It can also be streamed live on Fancode in India.