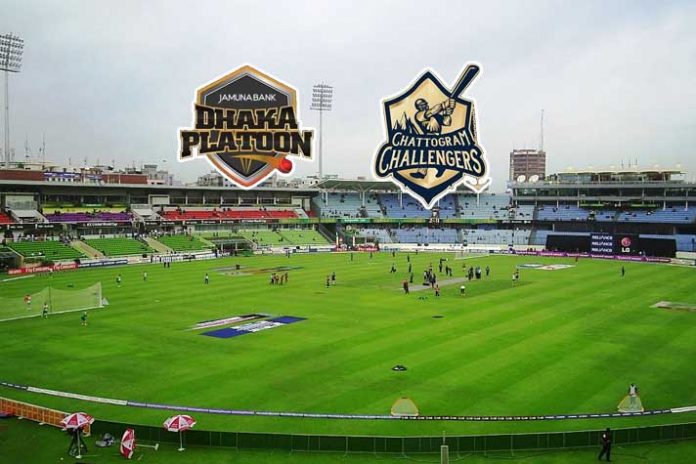 Dhaka Platoon are on a winning streak as they won back to back two games in a row against Cumilla Warriors and Sylhet Thunder and they would like to continue with the same in the upcoming match. A victory in their next match would take them to the top of the table.

Challenger is currently leading the table with ten points in their last seven outings and they would be eager to consolidate their position in the tournament’s third leg. They are on a four-match winning streak. Their batting and bowling department has done an impressive job in their respective departments. They would be the favourites to win when they lock horns with Platoon. They have Lendl Simmons, Avishka Fernando, and Imrul Kayes, who will be eager to steer their side to the win.

With the second half of the tournament well and truly on its way, teams will be eyeing a spot in the top two. The Challengers can take heart from the fact they beat the Platoon by 16 runs in their last game. On head to head, Dhaka have won four out of five games.

This match can be streamed live on Fancode in India.