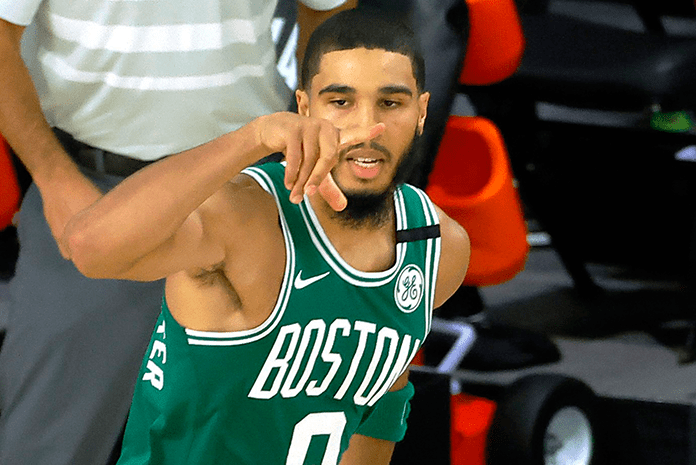 It took every bit of seven games, but Jayson Tatum and the Boston Celtics are headed to the Eastern Conference finals.

And they dethroned the NBA champions to get there.

Tatum scored 29 points, Jaylen Brown had 21 and the Celtics topped the Toronto Raptors 92-87 on Friday night in Game 7 of the East semifinal series.

Marcus Smart scored 16 points and Kemba Walker added 14 for third-seeded Boston. The Celtics will face the fifth-seeded Miami Heat in the East finals.

Fred VanVleet scored 20 points for Toronto, which got 16 from Kyle Lowry, 14 from Serge Ibaka, 13 from Pascal Siakam and 11 from Norman Powell. The

Powell had a chance to tie it on a drive with just under a minute left, his layup erased by Smart with a block that preserved an 89-87 lead. Lowry fouled out on the next possession, a call the Raptors argued and challenged to no avail. Grant Williams missed both free throws, but Powell fouled Tatum going for the rebound.

Tatum made one of two, the lead was three and all Boston needed was one more stop.

The Celtics got just that; VanVleet was well short on a 3-point try, Kemba Walker sealed it with free throws with 7.9 seconds left, and Toronto’s reign was about to end.

☘️ @celtics advance to the Eastern Conference Finals for the 3rd time in 4 years!

NUGGETS 111, CLIPPERS 105
Paul Millsap scored 14 of his 17 points in the third quarter, Michael Porter Jr. made a late 3-pointer and Denver overcame a 15-point, second-half deficit to stun Los Angeles in Game 5.

The Nuggets took their first lead on Nikola Jokic’s 3-pointer with 7:06 left and extended it to eight. After the Clippers pulled within a basket, Porter hit a deep 3-pointer with 1:11 remaining to all but wrap it up.

Jamal Murray finished with 26 points, and Jokic added 22 points and 14 rebounds to help the Nuggets pull to 3-2 in the best-of-seven series. Game 6 is Sunday.