Boris Becker in Jail: Six-time Grand champion complains of food- Boris Becker has complained of low-quality food as he completes his first week in prison. Becker, who is known for his love of cigars, fine wines and delicacies, has been served corned beef as his first meal behind bars. Follow all the latest tennis updates on InsideSport.IN 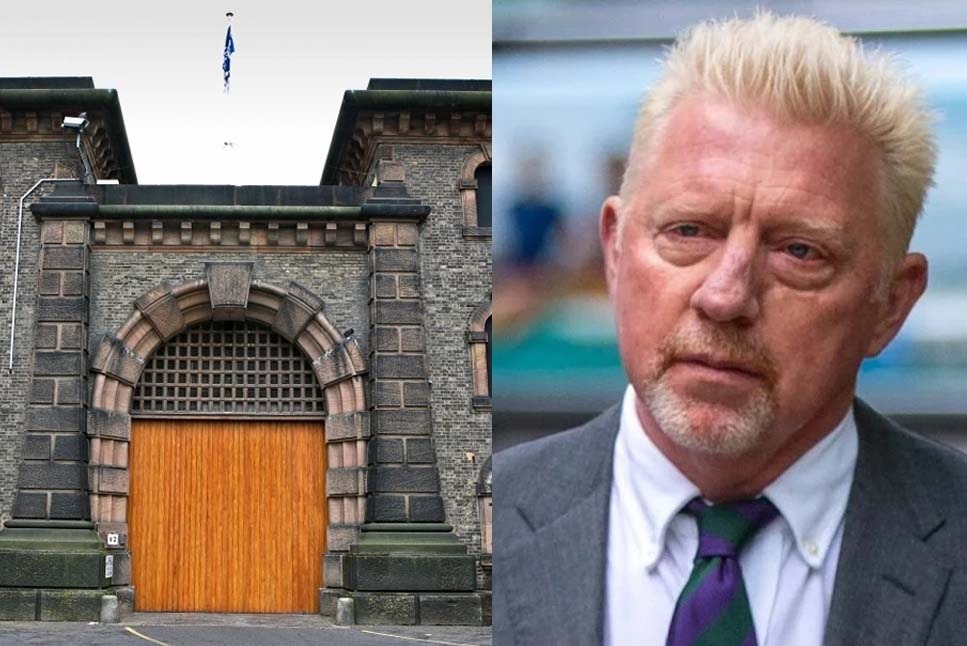 He has moaned about the tiny portions handed out to him at rat-infested Wandsworth prison, South West London.

Becker has an allowance of 10 pound per week. He is topping up his meals by buying chocolate, biscuits & bananas from the prison canteen. His favourite food on the outside is fillet steak and lobster surf & turf.

He stays in six square metres bar from 8 pm night till 7 am every day. He has been asked that he will keep his own cell, unlike other inmates who are sharing until he is transferred to softer jail in a few weeks.

The Ex-Wimbledon champion is facing tough time sleeping amid constant noise at night at Wandsworth Prison.

Becker is housed in Wandsworth Prison which is just 2 miles away from Wimbledon.

The 170-year-old Victorian Prison is known for rampant drug abuse and infestation of rats.

“He is having a rough time and the worst thing of all is the food. He cannot believe how bad it is and how small the portions are. One of his first meals was corned beef, which wasn’t good. But he will have to get used to it. He is also shocked at the lack of hygiene at the prison because it’s so overcrowded,” a source told The Sun.

“The conditions are miserable, almost inhumane. It can get cold in the cells and there’s hardly any daylight. It is all a massive shock to his system but he seems to be being treated OK,” he added.

Why Boris Becker is Jailed? Becker was jailed for two years and six months by a London court last Friday for hiding hundreds of thousands of pounds of assets after he was declared bankrupt. He was convicted earlier last month of four charges under Britain’s Insolvency Act, including failing to disclose, concealing and removing significant assets following bankruptcy trial.