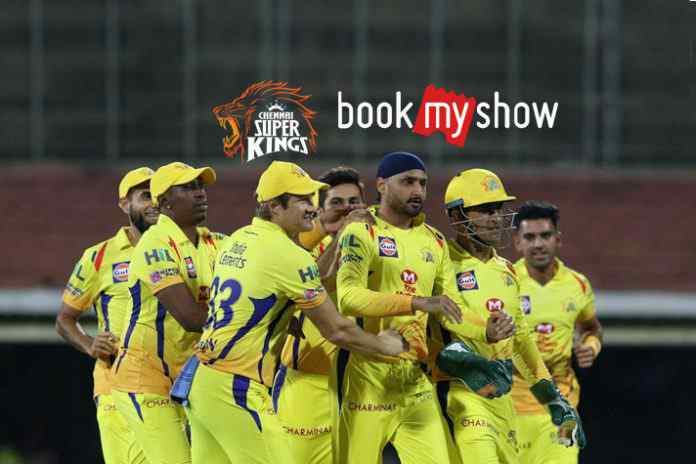 BookMyShow will be making refunds of the Chennai Super Kings’ Indian Premier League match tickets for the games which have been shifted out to the Capital city of Tamil Nadu.

Fearing the safety of the teams and the spectators amid rising protests over Cauvery water allocation issue, the Board of Control for Cricket in India has decided to shift the remaining six CSK home matches to Pune after consultation with Police authorities in Chennai.

Spectators who have purchased tickets for the remaining six matches can claim a refund from the Refund Counter (Booth 3) at the MA Chidambaram Stadium (Next to MJ Gopalan Gate), Victoria Hostel Road (Opp. Chepauk Station), Chennai – 600005 from 14th April 2018 to 20 April 2018 between 10 am – 6 pm.

Refund can be claimed only on producing a valid paid ticket purchased through BookMyShow Box Office via Cash or Credit / Debit Card. All tickets purchased through the internet will be refunded directly online. The Refund Counter will not operate post-April 20, 2018.

The remaining six matches of the Indian Premier League scheduled for Chennai have been moved to Pune amid rising protests and disruption of traffic in the city by fringe political outfits on Cauvery Issue.

Owing to security concerns, BCCI had settled for Pune after considering Visakhapatnam, Thiruvananthapuram and Lucknow as the alternate venues for the Chennai games. The city saw violent protests before and during CSK’s first home game against KKR on April 10 (Tuesday).

The decision was taken after a meeting between CSK CEO K.S. Viswanathan and City Commissioner of Police A.K. Viswanathan on Wednesday afternoon. “The Commissioner told me that given the situation in the city and the protests, it would be better to reschedule the matches. We then conveyed the same to the BCCI,” The Hindu has quoted Vishwanathan as saying.

BCCI’s acting president C.K. Khanna echoed similar sentiments. “The safety of the teams and the spectators were the reasons for the shifting of the matches,” he said, adding: “Pune will host all the [CSK home] matches.”

The decision to shift the venue comes despite the Supreme Court’s pressure on Tamil Nadu government to maintain peace in the State while the court was examining the Cauvery dispute. The apex court Court is in the process of finalising the scheme, to be prepared by the Centre by May 3, for allocation of Cauvery water allocation among the states sustained by the river.