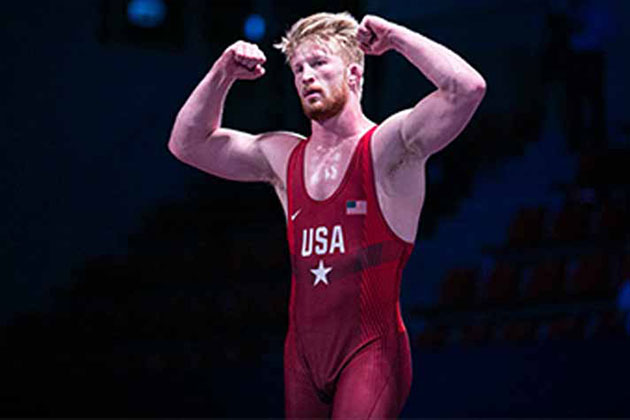 Facing Russia Nationals champion Batyrbek Tsakulov of Russia in the gold-medal match, Nickal used his single-leg takedown to help him to a World medal.

Nickal took a 3-0 lead into the break, scoring a step out and then a takedown. Points were flying in the final two minutes of the match as the American netted back-to-back takedowns before Tsakulov responded with a takedown of his own. Moments later, the two were tied up near the edge and Nickal sent Tsakulov to his back for a four-point feet-to-back takedown. The Russian corner challenged, but it failed, resulting in a point for Nickal to close out a 12-2 technical fall.

With the win, the three-time NCAA champion for Penn State became only the second U23 World gold medalist in any style in U.S. history.

At 125 kg, Daniel Greg Kerkvliet lost in a controversial ending of the bronze-medal bout against Lkhagvagerel Munkhtur of Mongolia.

Kerkvliet had the advantage, 3-3, at the break. In the final frame of action, Munkhtur was dinged with a caution-and-one for fleeing the mat to give Kerkvliet an outright 4-3 lead. With less than 10 seconds left, Munkhtur was awarded a step out point to make it 4-4. Time ran out and it was Kerkvliet who was declared…Click here to Continue reading