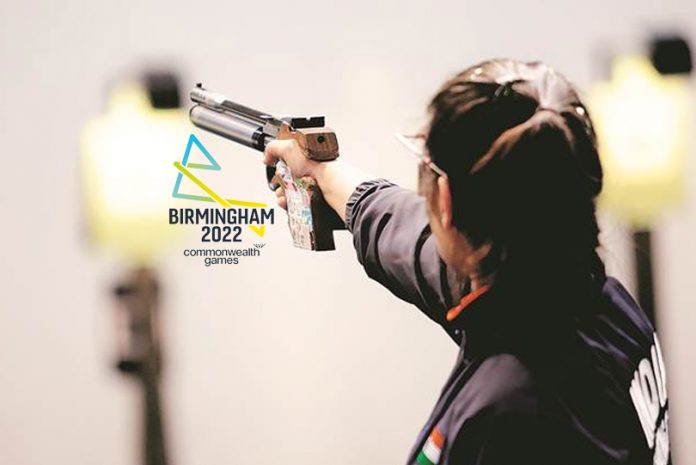 The unprecedented move sees India emerge from the threat to boycott the 2022 Commonwealth Games in Birmingham over shooting’s exclusion, to virtually hosting two 2022 CWG medal events.

India will host the Commonwealth shooting and archery championships in January 2022 and the medals from the two events will be counted in the final tally of the Birmingham Games.

However, the medals will be added one week after the conclusion of the multi-disciplinary sporting event in Birmingham, the Commonwealth Games Federation (CGF) announced on Monday.

The decision was made at the CGF’s Executive Board meeting in London from February 21 to 23.

It can be considered a big win for India since it had threatened to boycott the Birmingham edition of the Games for dropping shooting, an optional sport, from the roster. Archery is also another optional sport.

“A Commonwealth Archery and Shooting Championships is set to take place in India in 2022 after a proposal to stage the event was approved by the CGF Executive Board,” the CGF said in a release.

The two events will be held in Chandigarh in January 2022 while the Birmingham Commonwealth Games are scheduled from July 27 to August 7, 2022.

“The decision confirmed that Chandigarh 2022 and Birmingham 2022 will be two separately organised and funded Commonwealth Sport events. One week following the Closing Ceremony of Birmingham 2022 Commonwealth Games, the CGF shall issue a medal table that includes results from the Chandigarh 2022 Commonwealth Archery and Shooting Championships, as a further and final legitimate ranking of competing nations and territories from the respective competitions,” the CGF added.

Rarely the sporting world has seen such an arrangement that the medals of championships held outside major Games are counted in the final tally (of the main event).

National Rifle Association of India (NRAI) President Raninder Singh, who mooted the idea of the Commonwealth Shooting Championships, admitted that CGF’s decision was a “unique and unprecedented development” as well as “truly a game changing methodology”.

Raninder was also candid in calling NRAI and IOA’s proposal as “admittedly against the grain”.

In July 2019, the IOA had proposed to boycott the 2022 Birmingham CWG for dropping shooting from the roster. But, following a visit by CGF President Louise Martin and CEO David Grevemberg in November last, the IOA withdrew its warning during the Annual General Body Meeting in December.

The IOA, while withdrawing the boycott call, proposed to host Commonwealth shooting and archery Championships in 2022 with the condition that the medals awarded in these two events should be counted in the final tally of the participating countries.

CGF President Martin said: “I am delighted that we have approved India’s ambitious proposal to host a Commonwealth Archery and Shooting Championships in Chandigarh during 2022.

IOA President Narinder Batra, on his part, said: “We are very pleased that our proposal was considered by the Federation (CGF) and look forward to continuing to engage with all stake holders to ensure that the Commonwealth Archery and Shooting Championships is a resounding success for Commonwealth Sports Movement.

“Our proposal provides more opportunities for Commonwealth athletes to compete on world stage, and we look forward to welcoming the Commonwealth’s best shooters and archers to Chandigarh in 2022.”