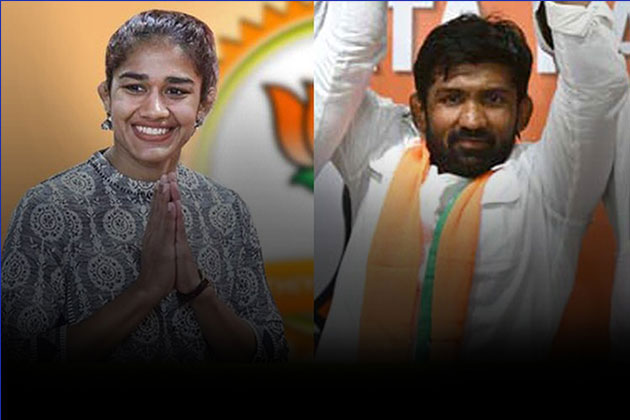 With Haryana going to elections today, the champion Indian wrestlers Yogeshwar Dutt & Babita Phoghat are ready for the biggest Dangal of their lives, albeit the political dangal. Fielded by the ruling Bharatiya Janata Party (BJP), the two face a tough task ahead — wresting the two most difficult seats.

Baroda and Charkhi Dadri are two seats which not only BJP has never won but also had little presence in the past. While London Olympic bronze medal winner Yogeshwar Dutt is contesting from Baroda, Commonwealth champion Babita Phogat is trying her luck from Charkhi Dadri.

Both of them have made sports the centrepiece of their campaign.

Dutt has promised sports clubs and academies across the state during his campaign. “I am running a wrestling (Kushti) academy. The enthusiasm for sports is very high among both boys and girls. My academy alone has 150……Continue reading: Click here