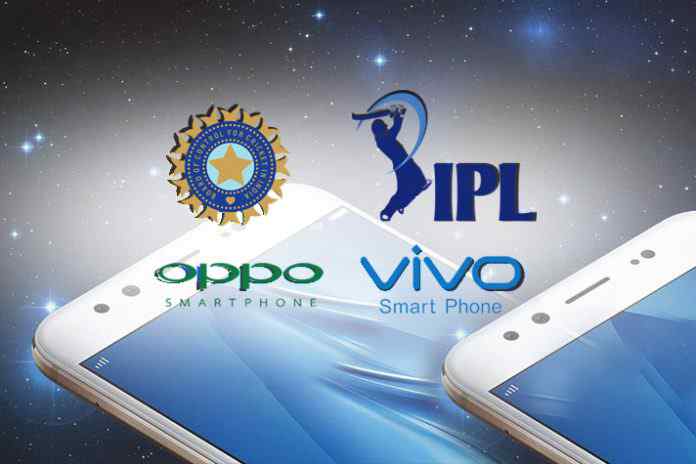 Vivo and Oppo were ‘the news’ for the Indian cricket and smartphone markets in the first two quarters of 2017. In quarter three, the BBK Group-owned Chinese brands have made headlines for their dismal market performance. The below-par sales results also hold a potent threat for cricket sponsorship market in India.

The marketing strategy of investing heavily in cricket seems to have fallen flat with smartphone brands Vivo and Oppo. The companies earlier this year have earmarked a budget of INR 2,200 crore to collectively surge ahead of Samsung, the smartphone market leader in India. The brands also inked two of the biggest sponsorship deals in cricketing history.

The quarter three results show that the big investments did not translate into the desired gains for the BBK Group brands. Instead, another Chinese rival Xiomi has emerged the Indian smartphone market joint leader with Samsung.  Xiaomi has grown from 10.7% in the last quarter of 2016 to gain 23.5% share in smartphone sales in India (on par with leader Samsung); Oppo has dropped to 7.9% from 8.6% and Vivo gained a mere 0.9% to reach 8.5% over the same period. 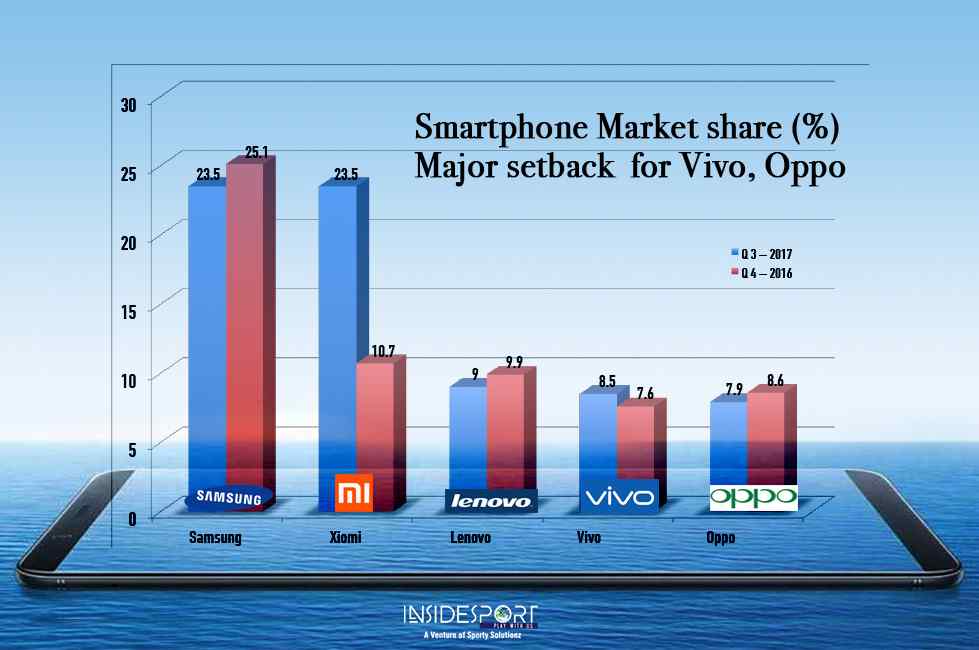 The Xiaomi India MD, Manu Kumar Jain, while taking pride in his brand’s growth also takes a dig at the failure of his rivals. “From selling 100,000 phones in the July-Sep quarter of 2014, when we launched, we have become India’s number 1 brand in both online and offline markets. We have sold 9.2 million handsets in the just-ended quarter, growing by 300% on year,” Jain is reported as saying. “Our online, offline shares both have increased and it also shows just going overboard on advertising doesn’t work.”

The brands – Oppo and Vivo – that gave up to 500% boost to cricket sponsorship values have ended up with little gain or deficit in their own sales. The market experts believe the brands have gone wrong in their strategy to make gains from the buzz created by their big investments.

“Brand heads need to understand that mere association and tagging with big sports properties cannot work. Gone are the days when a mere brand exposure with big sporting events like IPL or showcasing yourself on players jerseys would translate into product sales. The sponsorship deals will still create noise but not necessarily translate into mega sales. Sponsorship association needs to be owned up and leveraged innovatively,” says sports entrepreneur and Sporty Solutionz chief executive Ashish Chadha.

Vivo had spelled the exit of its former Chief Marketing Officer Vivek Jhang soon after inking the IPL deal – biggest ever in the history of Indian cricket. There are no satisfactory ROIs for the brands. If the trend is not reversed soon, there may surface a threat to the growing cricket market as well.

It may be too early to answer whether the bazaar of cricket has reached its saturation point. But, the question cannot be ignored!