Bhuvi has been placed 32nd in the Moneyball rank Index for the IPL Players’ earning, as he has earned INR 34.7cr since his debut year 2009 (season 2nd) Indian Premier League.

The first Indian bowler to take the five-wicket haul in all formats of the game Bhuvneshwar Kumar was on Thursday dropped from the highest category of central contracts for India players.

The efficient swinger has been retained by the Sunrisers Hyderabad at INR 8.5cr salary contract for the 12th season, which will be kick start from 23rd March, SRH will start their IPL 2019 Match against the Kolkata Knight Riders on the second day of the tournament.

According to the most authentic sportsperson’s salary calculator, Moneyball the specialist inswinger bowler has been placed 5th in the IPL top earning bowler list. 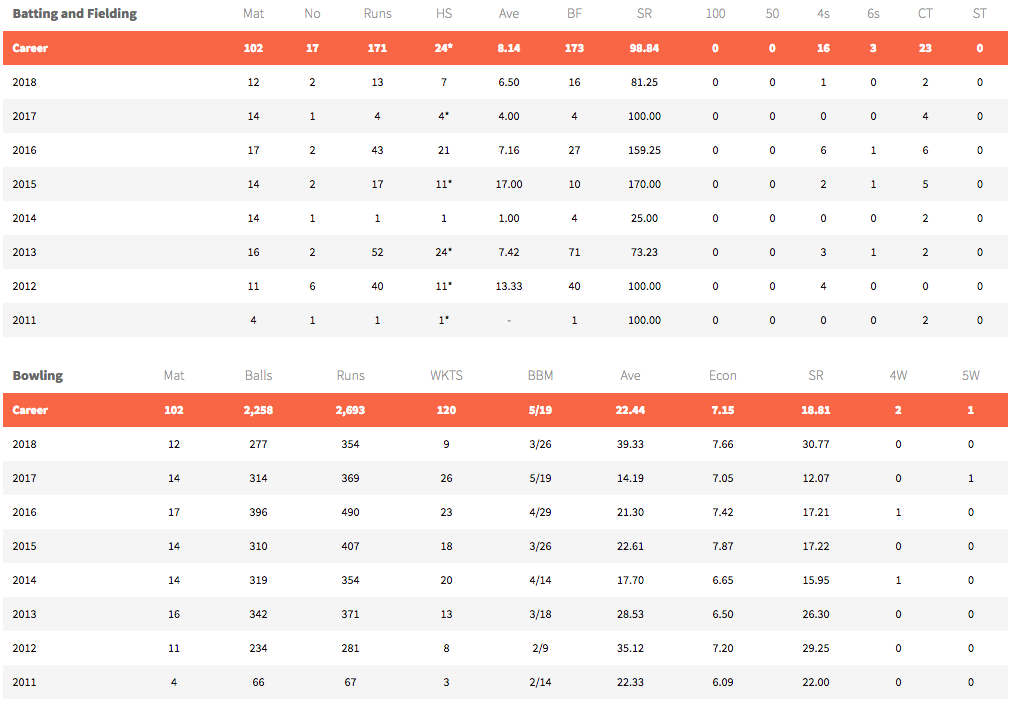