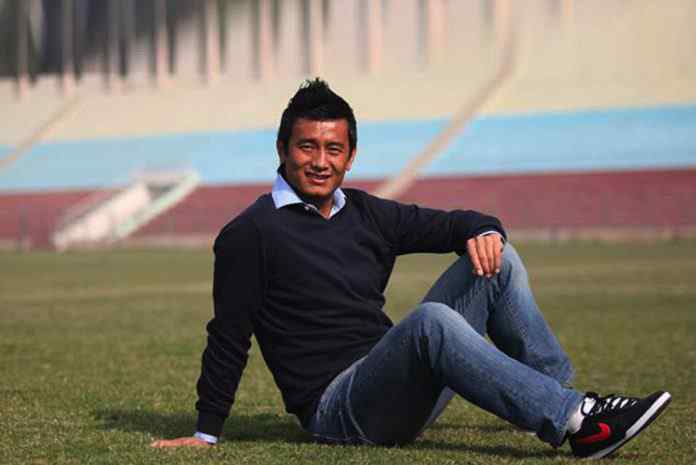 The former Indian football skipper Bhaichung Bhutia will spearhead the talent hunt programme as he joins the Premier Futsal League. He will join the Premier Futsal as its talent director despite being involved as Advisor with the AIFF, which does not recognise the venture.

The football great will be heading the Indian amateur talent hunt programme.

“Premier Futsal League has emerged as a category defining offering in the Indian sporting landscape since its introduction last year,” Bhutia said as part of the press release.

“It has enabled youngsters in the country to take up the sport and provided a boost to the skill development amongst youth.

“It is a great honour for me to be a part of such a tournament and I hope we can provide an impetus for more and more aspiring talent to be a part of the Premier Futsal platform,” Bhutia added.

Welcoming the former India striker, Premier Futsal League Managing Director Dinesh Raj said, “It is a matter of great pride and honour for us to have a personality of Bhaichung’s stature to be a part of Premier Futsal.”

“We welcome Bhaichung to the Premier Futsal family and look forward to a successful association with him,” he added.

Premier Futsal is endorsed by football legend Luis Figo. Stalwarts such as Ronaldinho and Ryan Giggs were part of the league in 2016. The Brazilian star is expected to play a major role in the upcoming season as well. And he will be there in Mumbai for the announcement on Friday, claimed the tweet on official page of Premier Futsal:

The legend has a special announcement this Friday. All ears, aren’t we? #PremierFutsal #NaamHaiFutsal pic.twitter.com/jHPV1IvTcT