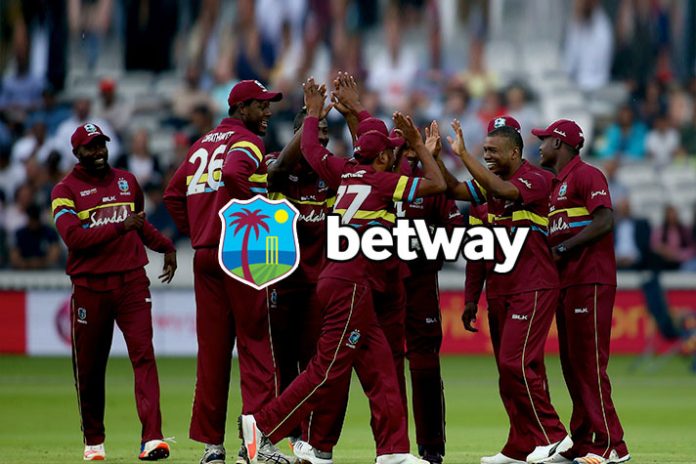 Cricket West Indies (CWI) has announced a sponsorship agreement with Betway, one of the world’s leading betting and gaming companies. The online bookmaker, with this move, marks its foray into cricket as it signs its first deal with the governing body of the sport in the Caribbean.

Betway will serve as the official betting partner of Cricket West Indies. The company will benefit from branding at all West Indies’ international home series matches until the end of 2019 as well as on the CWI website and its social media channels. The deal was brokered by UK based sports marketing company Hampshire Sports.

The partnership officially launched during the iPay International Homes Series between the West Indies and Bangladesh is ready for the forthcoming ODIs and IT20s.

Cricket West Indies Commercial and Marketing Director, Dominic Warne, said, “We are really pleased to announce this partnership with Betway and their major investment into international cricket such is their profile and international customer base.”

“With Betway also supporting our integrity and player education programme, the partnership enables Cricket West Indies to strengthen the guidance and support offered to our professional cricketers as they build their careers at home in the Caribbean and on the global stage. Cricket is the heartbeat of the Caribbean and the announcement of a second major international partnership within a six-week period underlines the appeal of West Indian cricket both in the Caribbean and worldwide,” Warne added.

Betway’s Anthony Werkman said, “We are always looking to enhance and grow the Betway brand and that’s exactly what we have done by partnering with Cricket West Indies. We are making huge investments across a wide-range of sports and are sure that this partnership will prove to be a successful one. We are really looking forward to all the action.”

Hampshire Sports Director, Janet Allen added, “The partnership is a great fit and complements both the Cricket West Indies and Betway brands and all remain fiercely committed to upholding the image of the sport.”

Betway’s portfolio of sports sponsorships and investments includes some of the high-profile events in boxing, darts, football, snooker, tennis, horse racing and eSports. It currently serves as the principal partner of Premier League club West Ham United. The company has sponsored top-notch events such as Premier League Darts, ESL’s Intel Extreme Masters and ESL One events, Davis Cup, Fed Cup and some of the top horse racing events in UK. Etc, among a few others.