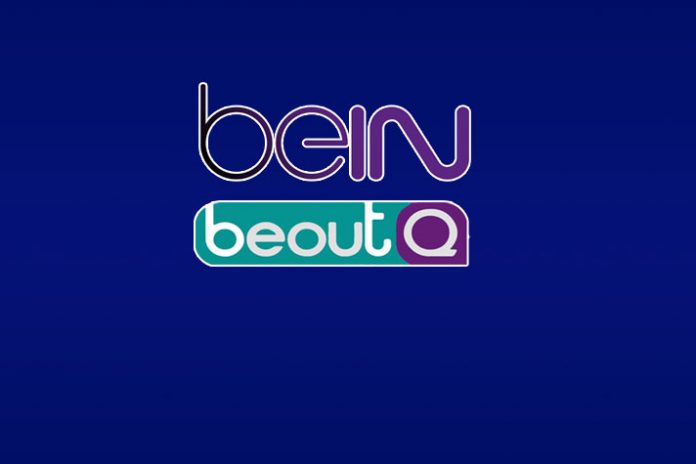 Qatar-based sports and entertainment network beIN Media Group has launched a $1 billion (€863.7 million) international investment arbitration against the Kingdom of Saudi Arabia for its failure to take a tough stand against pirate channel BeoutQ and being driven “unlawfully” out of the Saudi broadcast market.

BeIN continues to reel under the rising political and diplomatic tensions between Qatar and Saudi Arabia as the latter’s Riyadh-based pirate channel, operating in the Middle East and North Africa (MENA), has illegally distributed premium sports content worth billions of dollars over the past year.

The move coincides with the news that Qatar has also launched an action at the World Trade Organization (WTO) in Geneva, accusing Saudi Arabia of violating intellectual property rights, with beIN has stated that the $1 billion lawsuit is the only known investment arbitration ever to be brought in connection with State-supported illegal broadcast piracy.

In August, the General Authority for Competition for Saudi Arabia cancelled beIN’s license to broadcast in the country, along with placing a $2.6m fine on the company. According to the Authority, the sanctions were placed upon beIN due to violation of competition laws in Saudi Arabia.

According to the Saudi competition watchdog, the penalties were imposed as a result of “several complaints from beIN subscribers due to its violation of competition rules in the kingdom”. BeIN Sports was accused of forcing subscribers to pay for the other irrelevant channels, while also creating whole year subscription packages for anyone looking to watch the Euro 2016 soccer tournament – a month-long competition.

BeIN has said that the “baseless” competition law proceedings are just a part of “arbitrary and discriminatory” measures implemented by Saudi Arabia with ongoing harassment of beIN employees and disruption of major beIN sporting events.

The company has said that it has suffered damages in excess of $1 billion and will be seeking full compensation for these damages in its investment arbitration against the State-supported broadcast piracy. However, it is still unclear as to where the claim will be heard.

BeIN claims that BeoutQ, with support from Riyadh-based satellite provider Arabsat, has “orchestrated a plague of piracy” on world sports and entertainment over the past year. BeIN states that following the suspension of diplomatic relations with Qatar in June 2017, Saudi Arabia has initiated a series of “abusive measures” specifically targeting the broadcaster, with the objective of forcing it out of the local broadcasting market and destroying the value of beIN’s investments in Saudi Arabia.

Earlier, the campaign against BeoutQ intensified with the Ligue 1 organisers French Football League (LFP) and English Premier League announced that they will take a legal route and escalate a complaint to the European Commission.

While Saudi authorities have consistently denied the allegations, beIN alleges that Saudi Arabia has breached international law and norms by actively supporting BeoutQ, claims that Saudi authorities have consistently denied. BeoutQ has lifted beIN’s proprietary media content on a near-daily basis, together with the content of other international broadcasters, such as US media company NBCUniversal and international sports broadcaster Eleven Sports, making it accessible illegally via the internet and satellite broadcasting.

The denial of allegations and brazenness comes even after beIN said that it has irrefutable evidence that Arabsat is backing a “industrial-scale piracy of world sport with three of the world’s leading digital security, media solutions and technology companies – Cisco Systems, NAGRA and Overon – independently and definitively confirmed that the pirate television channel is being distributed on Arabsat platforms.

BeoutQ’s widespread piracy operation has affected various flagship sports properties, with the channel stealing coverage of the FIFA World Cup 2018, UEFA Champions League, Formula 1, global tennis tournaments and various other events. Fifa, soccer’s global governing body, then said in July that it was taking legal action in Saudi Arabia against BeoutQ, with various other bodies calling for the channel to be shut down.

Sophie Jordan, executive director of legal affairs and general counsel of beIN Media Group, said, “After failed attempts to resolve this dispute through dialogue, we have now been forced to issue a Notice of Arbitration due to Saudi Arabia’s concerted campaign to prevent beIN from operating in the country, despite beIN having the legal and commercial right to do so.

“We are a well-respected global broadcaster, providing millions of customers around the world with top-quality programming. Quite clearly, we are being unfairly used as a political football in a wider regional dispute. But this case has implications far beyond beIN – in BeoutQ, Saudi Arabia has created a plague of piracy, and unless the whole sports, entertainment and broadcast industry takes a stand, its impact will be devastating and irreversible.”