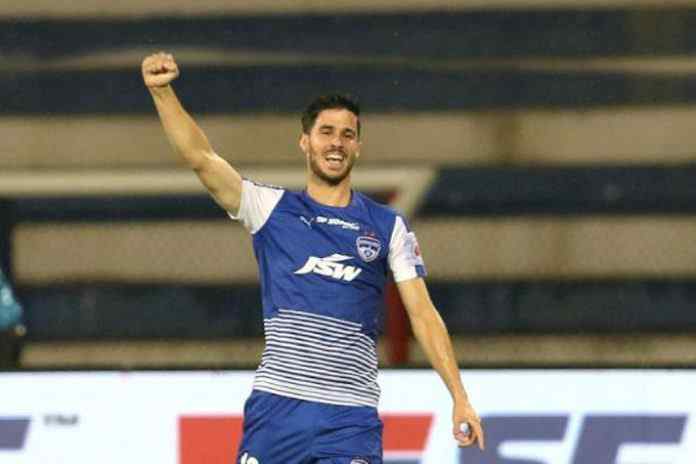 Bengaluru FC has inked a ₹1 crore transfer deal for midfielder Edu Garcia. The Spanish footballer has sought transfer to the Chinese League One side Zhejiang Lucheng.

Garcia applied for his transfer before Bengaluru FC’s match against FC Pune City on February 16. The had to leave him out of the game, which eventually ended in a 1-1 draw. The Spanish striker will leave the Indian Super League with two goals and five assists to his credit.

FC Bengaluru, who had signed Garcia for ₹ 50 lakh for one year, managed to net ₹1 crore from the transfer negotiations. The is a first for any Indian Super League club.

The JSW Group-owned Club have qualified for the ISL semi-finals and the AFC Cup the group stages. Garcia had played a significant role in Bengaluru FC’s progress. His departure will certainly affect BFC’s game plan and the club’s decision to release a crucial player has surprised many.

“At the end of the day, we had to think logically in terms of the players future. When there was an offer (from the Chinese club) which is much, much better than what we are offering, and if you say no to that, where would that leave the player? We won’t get the desired result on the pitch. We had to make a rational decision which would help all concerned,” said Bengaluru FC chief technical officer Mandar Tamhane, who had to seek help from language experts to seal the deal.

Bengaluru FC became the first Indian club to receive a transfer fee for one of their foreign recruits, although it’s not the first instance where Indian clubs have been rewarded for their investments. Last season, Chennaiyin FC received compensation from Brazilian club Bangu Atletico for the services of midfielder Raphael Augusto, states a Times of India report.