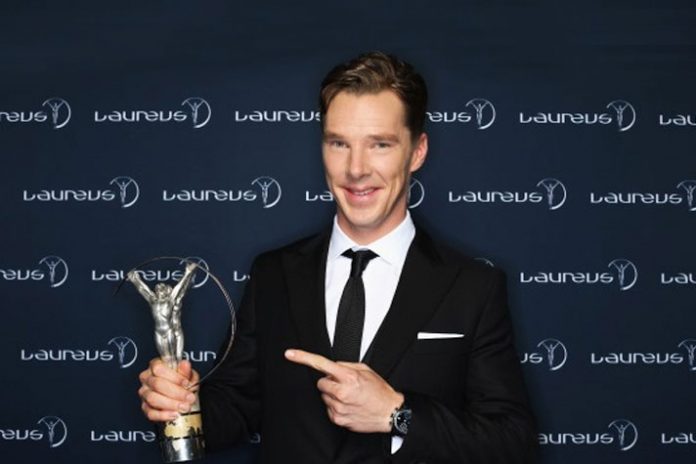 The 2018 Awards in Monaco will be the third time Benedict has hosted the prestigious Laureus World Sports Awards, having previously anchored the 2014 and 2015 editions of the prestigious awards at Kuala Lumpur and Shanghai respectively.

The Star of Sherlock, Imitation Game and 12 Years a Slave actor has also released a video, sharing his joy as he looks forward to the February 27 ceremony date.

The globally-recognised actor has appeared in a series of highly respected film and TV dramas in recent years, including his famous role as Sherlock Holmes in Sherlock, playing Alan Turing in The Imitation Game as well as a role in Academy Award-winning 12 Years a Slave. Benedict is also acclaimed for his performance as Julian Assange in the Wikileaks movie The Fifth Estate and as the Dragon Smaug, in Peter Jackson’s The Hobbit: The Desolation of Smaug.

“As an actor, I am asked to play a variety of characters, from legendary detective, a master of the mystic arts or an enigma code-breaking genius. None of those characters though have helped me discover who the winners will be at this year’s Laureus Awards. All of the nominations are fantastic and, along with a stunning Monaco location, home of the Formula One Grand Prix, I know it’s going to be a very special night. Join us!” says Benedict Cumberbatch.

The 2018 Laureus World Sports Awards will celebrate sporting success and achievement over the past calendar year, while also recognising the true value sport can have in uniting communities and acting as a positive force for change.