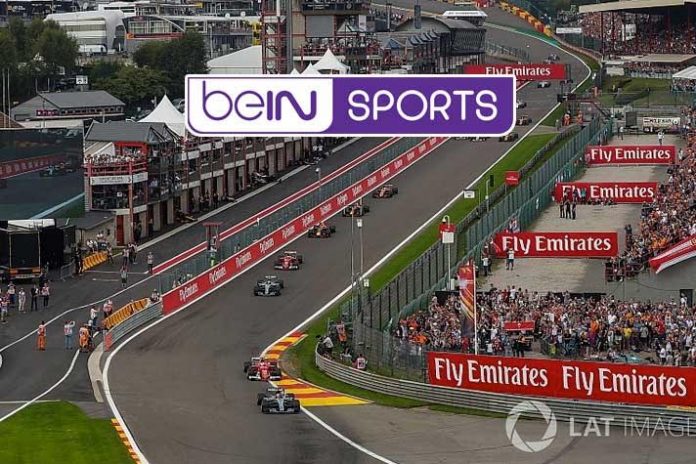 BeIN sports will renew its Formula One media rights deal for Middle East and North Africa (MENA). The Qatar-based sports broadcaster is primarily influence by the BeoutQ ‘State-protected’ piracy in Saudi Arabia. It has also accused the F1 owners Liberty Media of “paying lip service” in fight against piracy.

The five-year, €180 million media rights deal has reportedly not earned the broadcaster desires yield, with the past 18 months being the worst hit. The deal inked in 2014 is coming up for renewal.

The BeIN Sports denial to extend the contract has left Liberty Media hunting for a new media rights partner for the MENA territory. The BeIN decision is a severe financial blow to Liberty Media, which paid €3.5 billion to acquire the sport in 2017. Amidst prevailing piracy scenario in the Middle East, it is highly unlikely that another broadcaster in the MENA region will agree to match the deal BeIN Sports had offered five years ago.

Also Read: Five Sports Leagues which ran into the dead end in 2018

Formula One is not the only BeIN sports content broadcast by BeoutQ in Saudi Arabia. The Qatar-based broadcast network has brought up a $ 1 billion international arbitration against the State of Saudi Arabia in October 2018 for BeIN content theft by the BeoutQ.

Hit hard by the intellectual property theft and stealing of broadcast signals, BeIN Sports will be evaluating the value of all its media rights deals.

“A rights holder’s stance on beoutQ’s piracy – in other words whether they’re taking legal action, making a public stand, and doing everything within their power to combat the industrial-scale theft of their rights – is a critical factor that we’re now considering when bidding,” , says BeIN Managing Director Tom Keaveny.

“We pay enormous amounts for media rights, but the natural consequence of Saudi Arabia’s piracy is that those rights cannot be protected so we will pay less for those rights in the future – in particular to the rights holders who pay only lip service to combatting BeoutQ.  “We have been warning of the very real commercial consequences of BeoutQ’s theft of world sport and entertainment for almost two years now – yet the piracy continues with impunity every day and represents an existential threat to the economic model of the sports and entertainment industry.

“The international community must take decisive action to bring this state-supported piracy to an immediate end.”

BeIN was reportedly paying  between $30-40 million per annum for live broadcast rights to Formula One between 2014 and 2019 – approximately 7% of the total media rights value of the richest motorsports property.