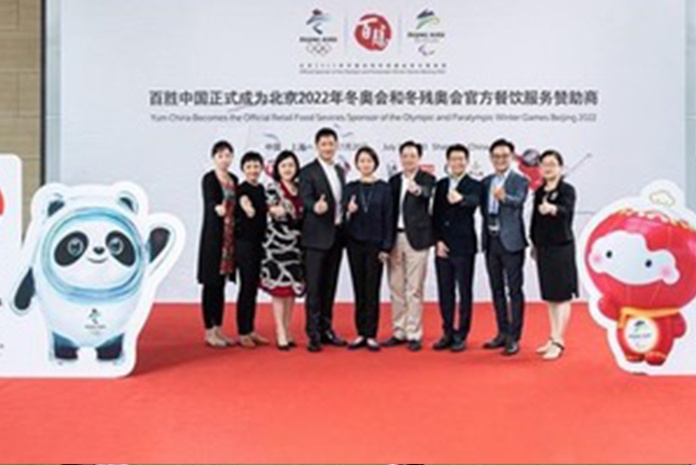 Beijing 2022, the organising committee for the next Winter Olympic and Paralympic Games, has agreed a second-tier sponsorship deal with Yum China, the fast food restaurant company.

Under the agreement, the firm has been named as the official retail food services sponsor of the games.

In addition, Yum China will serve as an official sponsor of the Chinese Olympic Committee through the end of 2024.

Yum China, regarded as the country’s leading catering company, will provide retail food services at Beijing 2022, with its brands including well-known restaurant chains KFC and Pizza Hut having an on-site presence at venues.

The company has the exclusive right to operate and sub-license the KFC, Pizza Hut and Taco Bell brands on the Chinese mainland.

The sponsorship rights will allow Yum China to use the Olympic marks and imagery of Beijing 2022 for advertising and promotional purposes, and access to the marks of the Chinese Olympic Committee.

The company is also planning to launch a series of Olympic-themed marketing campaigns.

Within the domestic sponsorship programme, Yum China becomes the ninth official sponsor of the 2022 Winter Olympics and Paralympics and the sixth company signed up in the past month