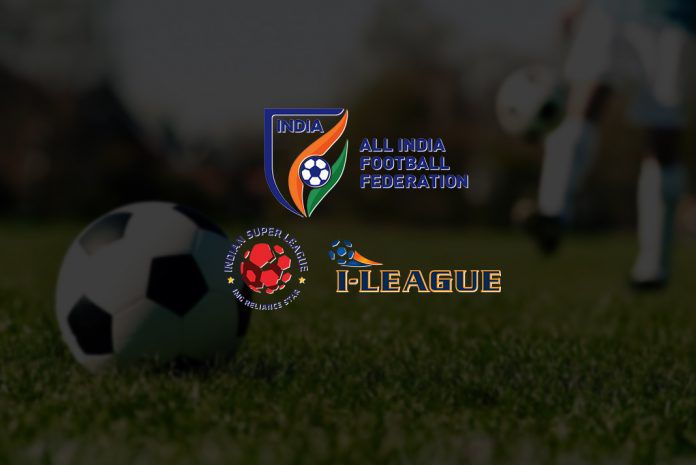 First they were threatened. Then their rights and status diluted. Next, they are forced to agree to share their privileged status. The nation will now have two football leagues running concurrently. The ‘real’ but financially weaker I-League club owners are forced to accept the formula.

The ‘unofficial’ but superior Indian Super League has been served with half the pie from I League’s share. The first 50% is snatched, the remaining I-League is set to lose out as ‘survival of the fittest’ theory shall prevail from here onwards.

The All-India Football Federation has managed to defy the FIFA (International Football Federation) global policy of one nation one league. India will have two national leagues. It was agreed on Thursday that the I-League and Indian Super League (ISL) will be held simultaneously from this season. The decision is taken at a meeting between the AIFF and I-League clubs. The ‘compromise solution’ will end the prevailing impasse that threatened to derail the domestic season. But, concerns for the I-League will be bigger henceforth.

Both leagues, likely to be 10-team affairs, will begin in November. The winner of each competition will get a continental berth. While the I-League champions will get an Asian Champions League playoff slot, the ISL winners will compete in the AFC Cup playoffs. A formal announcement is likely to be made following a league committee meeting in Delhi on July 5.

The truce is mediated by the Asian Football Confederation. “The AFC Secretariat is prepared to accept the concurrent running of the ISL and I-League as a temporary short term ‘bridging’ solution. The special dispensation has been reviewed and agreed by FIFA,” the AIFF said in a statement.

I-League clubs for now seem to be content with whatever they have been able to retain. But, the trouble is far from over as the “compromise as of now is for just one season”.

“As I said earlier, parallel league is the best option for this particular season with the riders that I-League champions will continue to be getting the berth in ACL and both the leagues are given due importance in terms of promotions and TV coverage,” says Mr Robert Romawia Royte, Owner, I-League champion club Aizawl FC. 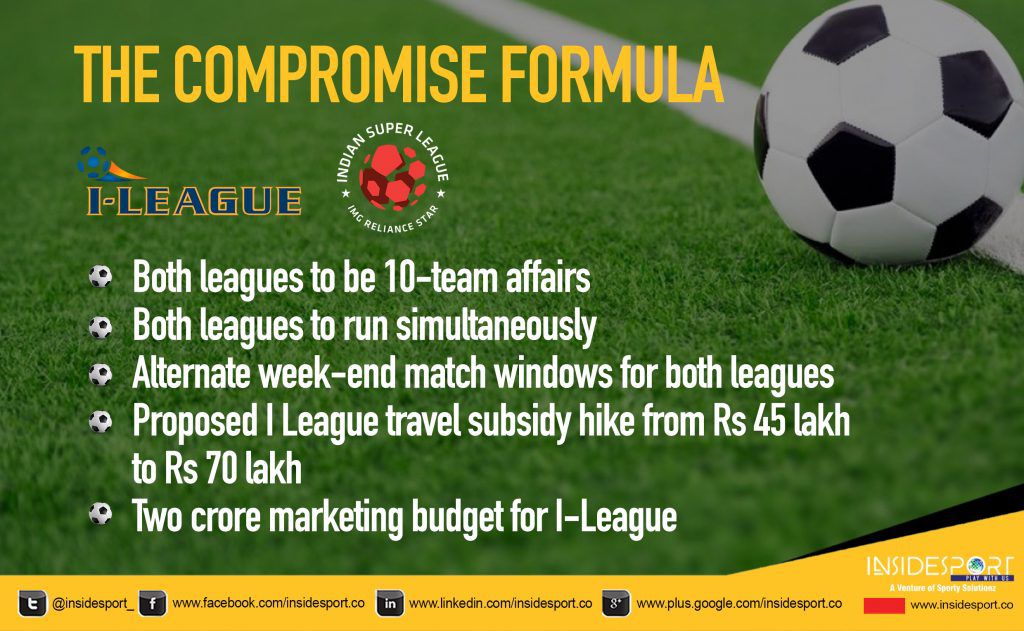 However, the I-League will no longer be the country’s premier championship. Instead, it will now have to fight a weekly battle with the ISL. I-League clubs fear that they will play second fiddle to the ISL, which enjoys better financial muscle with franchisees having deeper pockets for aggressive marketing and player acquisition.

The I-League clubs for the compromise formula had laid out certain conditions, including increase in the number of foreign players, hike in travel subsidies, budget for promotion, and telecast of the league on the same network as the ISL. “They have demanded that all matches should be held on weekends. So if on one weekend, I-League matches are held on Saturday and ISL on Sunday, it should be the other way round the following week,” an AIFF official said. To match the ISL in terms of foreign players, East Bengal and Mohun Bagan have demanded that the number of international recruits in an I-League squad be doubled to eight and five foreigners be allowed on the pitch at a time.

At present, I-League follows the four foreigners, including one Asian, rule. The league committee will take a final call on team composition. The clubs have also demanded an increased allowance. The AIFF currently provides a travel subsidy of Rs 45 lakh per club for the entire season. That, it has been proposed, should be increased to Rs 70 lakh per club. Additionally, a budget of Rs 2 crore will be set aside for the branding of the I-League. That amount is likely to come from the Rs 3 crore the AIFF will receive from a new team that will be introduced next season. As per their rules, any new team seeking direct entry into the I-League has to pay a franchisee fee of Rs 3 crore. Bids for new teams will be invited soon.

However, for I-League clubs with their limited budgets it will be a duel challenge to retain and acquire challenge. For talent ISL no doubt will be the first destination.