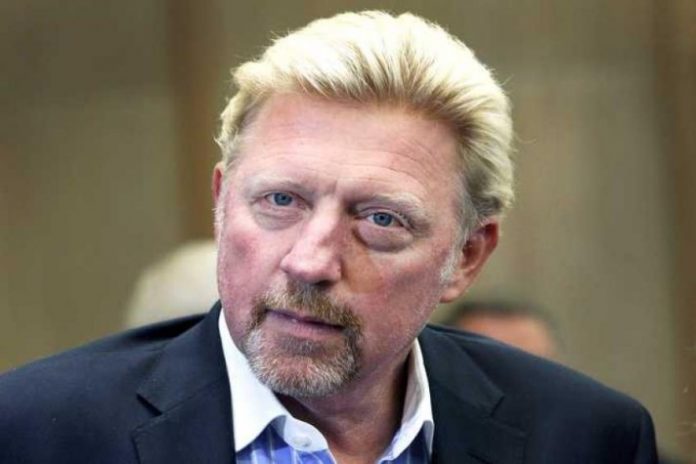 Hiding behind the ‘Big three’ is not a great option for the Next-Gen players, who must start winning the Grand Slams because they are good enough, says legendary Boris Becker.

In an incredible period of domination, the trio of Roger Federer (20), Rafael Nadal (19) and Novak Djokovic (17) has won almost all Grand Slams in the last decade.

Only Juan Martin Del Potro, Stan Wawrinka, Andy Murray and Marin Cilic have managed to claim a major title outside the ‘big three’.

Becker believes the young guns have the talent to outgun the legendary trio and a perfect example of that was Australian Open final where Austrian Dominic Thiem engaged Djokovic in a gruelling five-setter.

“We want the younger generation to pick up the pieces and it’s happening, it’s a process. Dominic Thiem pushed Novak Djokovic to five sets in Australia,” Becker said while interacting with the Indian media on the sidelines of the Laureus Awards.

“There are a few talented players out there but the top-three are still good. It’s easy to hide behind Federer, Nadal and Djokovic because they are so good that nobody is going to criticise you for losing to them. That’s something you can take as an excuse sometimes.

“It’s time that somebody tells the young players to start winning the majors because they are good enough. But it all starts with the right attitude and the right mindset.”

The 52-year-old Becker had coached Djokovic for three years before parting ways in December, 2016.

Talking about his short-stint with Djokovic, Becker said: “I don’t want to spill all the beans but he is very professional. He is very careful about how he leads his life, what he eats. He’s very much into yoga for concentration. It’s important for him.

“Physically, he is a unique player and it does not happen overnight. You have to work for it. And what is fascinating for me is that he is still very hungry. He has won so much but wants more.”

Becker said it is difficult to judge who the best tennis player of all time is, but going by the number of major titles, definitely Federer is the most successful.

“If you ask about the numbers, Roger Federer is the most successful player. But you can’t always compare the players with the numbers,” said the German legend, who himself has won six Grand Slams.

“If you ask about the best of all times, it’s difficult because tennis was played in the 70s, 80s and 90s on different surfaces, so you can’t always compare with numbers how good a player was.”

Becker said women’ tennis is “very unpredictable” because you have a different winner at majors every time.

“Sofia Kenin won in Australia. A year ago, everybody was talking about Naomi Osaka.”

American 15-year-old phenomenon Coco Gauff has made an impression by beating a few established stars. She had stunned Venus Williams last year at the Wimbledon and then scalped Osaka this year at the Australian Open.

But Becker feels Gauff is still a kid and needs to learn a lot.

“Now people talk a lot about Coco Gauff and I think it’s a mistake because she is still very young. She still has to learn a lot to be better. She is still a child. We get sidetracked sometimes looking at a story and not at the performance,” he said.

“Serena coming back after becoming a mother is a big story. She did reach a couple of Grand Slam finals so she is one match away from her 24th major.”

Indian legend Leander Paes is set to retire at the end of this year and Becker praised him for his love for the game.

“I saw him at Melbourne two weeks ago and he managed that the chef in the kitchen cook me butter chilly chicken because I like it. As for the majors, the competition on the doubles is different but he has been playing for three decades, so he must love the game a lot. I wish him best for the future.”