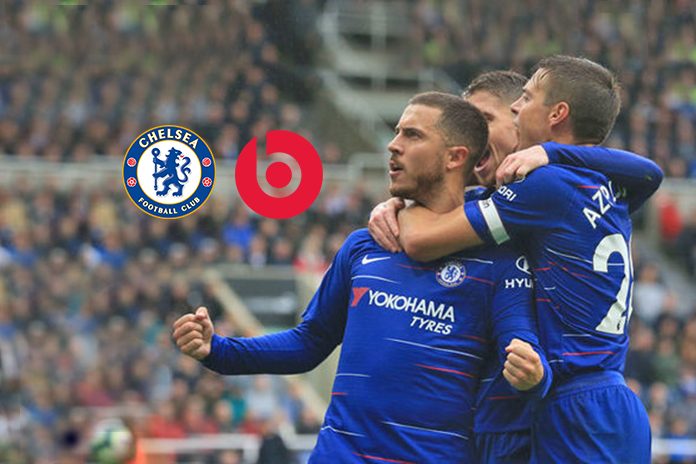 Premier League giants Chelsea have extended their agreement with premium headphones and speaker brand Beats by Dr Dre for three more years until 2021.

The deal, first signed in 2016, will see the popular audio brand by Beast Electronics continue to serve as the official sound partner of the English football club.

Beats provides Chelsea and Chelsea Women players with headphones to help prepare for matches, producing a number of special edition pieces over the past two years, including a golden pair as we became Premier League champions in 2017. Since 2016, the two parties have worked together on a number of campaigns.

Eden Hazard, who is a Beats ambassador, said, “I am a big fan of Beats. Music is important to me and the way I get ready for games, especially as we travel and are away a lot. All the Chelsea players enjoy the Beats products and it’s great that this is set to continue, for us and for the Chelsea fans.”

Chris Townsend, Chelsea FC commercial director, added, ”We are very pleased to announce our extended partnership with Beats. They are a fantastic brand who truly understand sport and the role music can play in preparing our players for the biggest matches throughout the season.”

“We have collaborated on some exciting and unique campaigns with Beats to date and look forward to new and innovative ways to celebrate their products and our on-going relationship over the coming three years.”

In 2015, a year after Beats was acquired by Apple for $3bn, the company partnered with Bundesliga champions Bayern Munich. That deal was renewed this summer to cover the 2018-19 season.