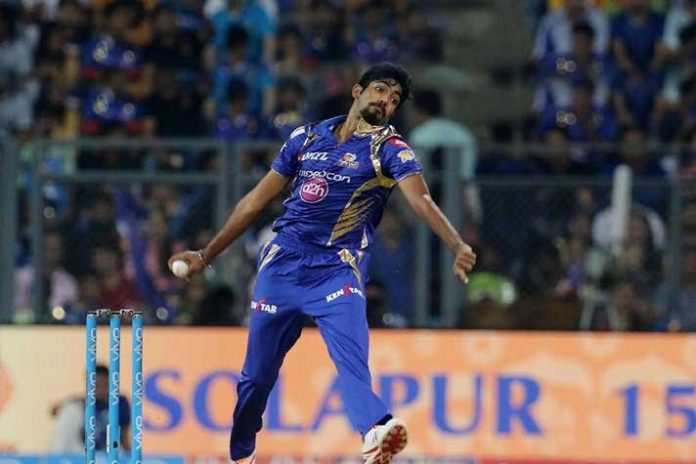 The news that Jaspreet Bumrah will be used sparingly during limited overs international series in Australia and New Zealand to keep the bowling spearhead fit and fine for the ICC World Cup next year has left Mumbai Indians concerned. However, a Board of Control for Cricket in India senior executive has allayed the franchisee’s fears. Albeit, not on record.

Bumrah, just like for Team India, is crucial for Mumbai Indians fortunes in the IPL. The lethal seamer holds the key to his team’s success. The decision to rest him for some games Down Under and in New Zealand has also cast doubt about the bowler’s availability for the IPL. Captain Virat Kohli has already put it on record that the Indian pace attack should be rested for the IPL and the BCCI should compensate the bowlers for their revenue loss.

There was no suggestion to address the franchisee’s concern. There is no substitute to match Bumrah’s skills. In the World Cup year, leading international bowlers will not be available for the entire duration of the league. The best available talent is already contracted. There is no one in the ‘players pool’, who can come closer to Bumrah.

A regular with the Mumbai Indians ever since his IPL debut in 2013, Bumrah has been retained by the Reliance Group-owned franchisee for ₹ 7 crore. Before the franchisee could put its fears and objection on record, the BCCI has made an attempt to clear the air. Even if Kohli wants, the board in not for keeping the key Indian players out of the IPL.

Kohli during a meeting with the BCCI’s Committee of Administrators in Hyderabad during the second Test against West Indies, had proposed to rest the key fast bowlers for the IPL. The idea has failed to find support. Former India captain Mahendra Singh Dhoni dismissed the suggest, saying that bowling only four overs in a match will rather help bowlers  strengthen their skills.

“See, this discussion did take place during the meeting between the players and the CoA and there was no conclusion because you have to understand that the teams are paying the players to pay, not rest. Yes, if there is an injury concern, then it is fine for the board to intervene and ask them to keep the players away from games. But, to tell a franchise that do not play X because we have the World Cup coming up is unfair. Not just on the franchises, but also on the players,” the BCCI executive has told the national daily.

“If a Bumrah needs rest, so does Virat Kohli. In fact, if you look at the data over the last couple of seasons — excluding the time he was out with shoulder injury — Kohli has spent more time in the middle than any bowler would have. Resting them after bowling four overs? I think our bowlers are much fitter than that. Maybe we should think about resting the top batsmen,” the executive smiled.

Meanwhile, other franchisees too have allayed similar fears. In an unlikely scenario of the BCCI agreeing to “rest” the key bowlers teams like Mumbai Indians, who have got Mohammad Shami, and Royal Challengers Bangalore (Umesh Yadav) too will be hit hard. The move will have bigger repercussions for the league. Not just the teams wend up losers, but the IPL, too, will lose its sheen, a franchisee executive said.

“We are not just losing the prospect of winning a match or two. The absence of the top stars will also hit league’s commercial values. On ground and league sponsorships will suffer. The broadcaster will also take a hit. This is not going to happen,” said the executive.